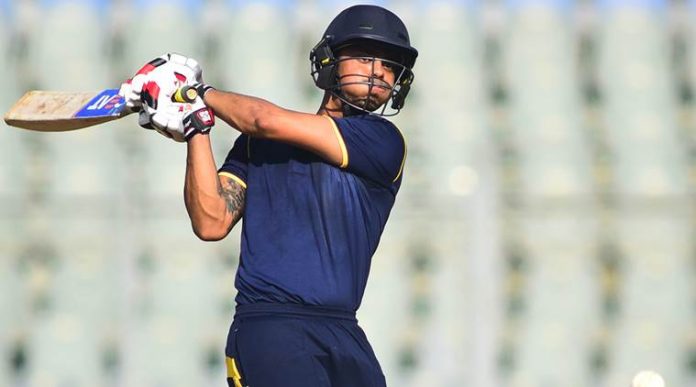 Ishan Kishan played a swashbuckling knock of 173 off just 94 balls in Jharkhand’s Vijay Hazare tournament-opening match against Madhya Pradesh. Leading the side and opening the batting after losing the toss, Kishan scored 19 fours and 11 sixes in his whirlwind knock at the Holkar Stadium in Indore. 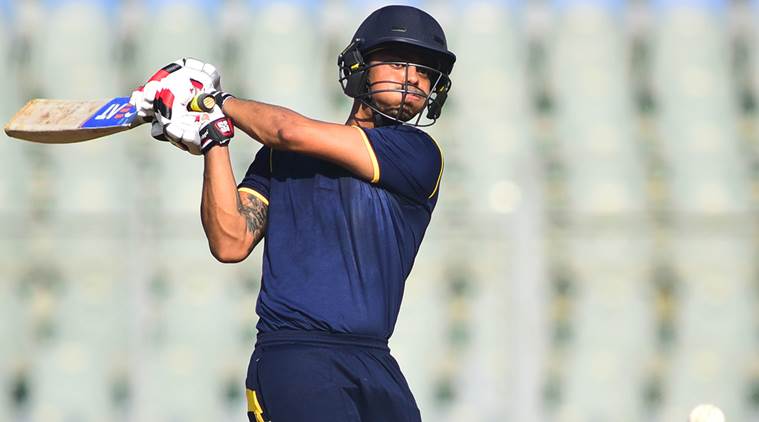 The wicket-keeper batsman went out all guns blazing right from the start as the side raced to a good start despite the loss of opener Utkarsh Singh in the third over.

Kishan executed a one-man show against the hapless Madhya Pradesh bowling attack as Kumar Kushagra watched the fireworks from the non-striker’s end.

The 2016 U-19 World Cup skipper threatened to do more damage as he reached the 100 run mark in 74 deliveries. He went ballistic post reaching the landmark by scoring the next 71 runs of his innings in just 20 deliveries.

This marks the seventh-highest score in the history of the tournament, and the effort was acknowledged by his IPL franchise Mumbai Indians as well.

Kishan got dismissed to Gaurav Yadav in the 28th over, leaving questions like how much he could have scored, had he stayed longer at the crease.

The knock has put Jharkhand in an excellent position with Virat Singh hitting a half-century as well. The score now reads 274-3 with still 15 more overs remaining in the first innings.

Ishan Kishan is continuing his rich run of form and is inching closer to his first selection call after already having played out an excellent campaign in the Syed Mushtaq Ali trophy and the IPL as well.

He was a vital cog in Mumbai Indians retaining their title by being the team’s leading run-scorer. Moreover, he had missed a couple of games at the start and proved his versatility by batting with efficiency in the middle order as well as at the top of the batting order.

IND vs ENG: Maiden Ahmedabad test expected to dish out a turner, Umesh Yadav to undergo fitness test by Monday