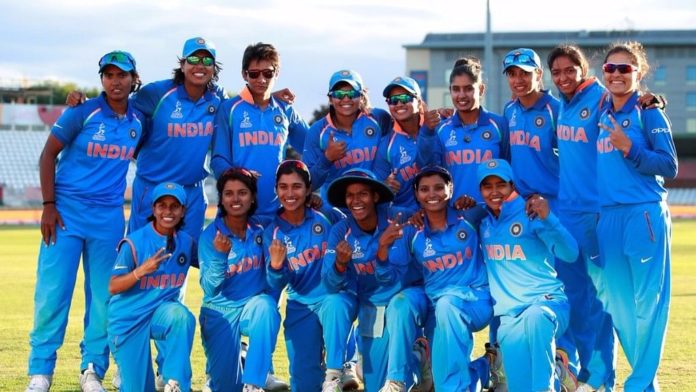 In the summer of 2017 in England, the Indian women’s cricket team reached the World Cup final and fell short by just nine runs from being World Champions.

Three years later, in Australia, the eves showed glimpses of their huge potential again – yet another final berth, yet another title went away by a whisker!

Gone are the days, when women’s cricket was considered futile with little to show for. Just like the Men’s team, the Indian women’s team have shown great promise and have gone from strength to strength over the past couple of years.

Last week, IPL chairman Brijesh Patel confirmed that the IPL 2020 will take place in the deserts of the UAE, thus putting women’s cricket on the back-burner. There will be no IPL exhibition matches for women this year as it clearly does not interest the BCCI. In addition, the BCCI has pulled the eves out of the tour of England citing logistical challenges and travel restrictions.

So women’s cricket is not worth going the extra mile while the men cricketers will get a red-carpet treatment in the UAE. Can we sense some double-standards here?!

The steady growth of women’s cricket in India can be attributed to the strong cricket infrastructure in India. The past decade has seen cricket become more professional, better organised as financially viable for women cricketers.

The mushrooming of cricket academies across the country has given more opportunities for budding cricketers to undergo proper training. This has resulted in a surge of talented cricketers emerging and a pool of women cricketers all over the country.

However, talent turns into potential only with the exposure, and the BCCI must ensure that women’s cricket gets its due with a properly chalked up calendar for them. The women cricketers can’t just sit idle while men enjoy the riches of the IPL.

Given the fact that Indian women haven’t played any cricket since the T20 World Cup in March, and may not do so until next year, the WBBL could be their only realistic chance of playing competitive cricket till March 2021.

As legendary player Mithali Raj put it a fortnight ago, Indian women’s cricket seems to be heading in the wrong direction. “Unfortunately, women’s cricket may have been set back by a couple of years by this pandemic as some of the momentum that had been built between India’s success in World Cup 2017 and World T20 2020 has been lost,” she had said.

Meanwhile, Shantha Rangaswamy, the BCCI Apex council member has tried to play down the notion that women’s cricket receives inferior treatment from the BCCI.

Rangaswmay suggested that the BCCI’s commitment towards women’s cricket should not be questioned. Women’s cricket right now stands at a crosspoint with no selection panel in place and uncertainty over the future matches, given the fact that 50 over World Cup is not far off.

“The post-COVID-19 scenario will be a testimony to their commitment to women’s cricket. People doubting BCCI’s intentions will have to wait for things to be normal before passing their judgement. The situation was not in their control on this occasion,” the 66-year old Rangaswamy commented.

Former India skipper Anjum Chopra too is of the opinion that women’s cricket deserves more exposure and a bio-secure training facility would do a world of good for the confidence of the current crop.

“The squad could have gotten together at a venue like Dharamsala or Ahmedabad and started training in isolation. Most international teams are back in training barring India,” Chopra explained.

Three years back, on this day, Harmanpreet Kaur hit 171*(115) v Australia in World Cup semi-final. Quality innings under pressure. The rise of Indian women’s cricket in the past three years has been phenomenal @ImHarmanpreet pic.twitter.com/6fy8IqvLNX

The next ODI Women’s World Cup, if everything goes according to plan will be held in New Zealand in February 2021. And given the significance of the quadrennial event, the BCCI needs to have specific training and preparation plan for the eves. The Indian women have qualified directly for the tournament and would hope to go one better and clinch their first-ever World Cup.

In New Zealand, where wickets are hard and true, finger spinner can be meat and drink and the Indian setup, which women’s team coach WV Raman will be mindful of.
Since Raman took over as the head coach, the team has made remarkable progress. Raman had a tricky task of setting the house in order without having to ruffle any feathers, but he has brought about a change in the mentality in the team and transformed the team in a winning unit.

All he needs is some supporting hand from the BCCI which in turn might work wonders for women’s game in India. We can talk over Virat Kohli’s cover drives or Rohit Sharma’s sparkling tons from dawn to dusk but do we really care to think about women’s cricket with the same zeal?

It’s about time things change within the BCCI, and women’s cricket is given the respect and the attention it deserves!

Virat Kohli reveals how he prepares for bowlers in international cricket