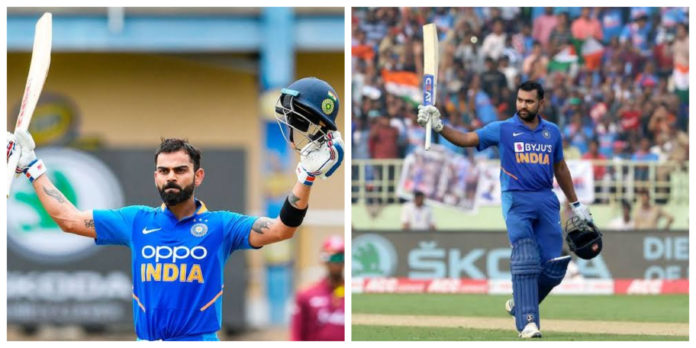 The general consensus behind a batman’s success involves a plethora of factors. Being right in the epicenter when it comes to producing gifted batsmen, India’s latest products of their zealous factory include Virat Kohli and Rohit Sharma. While all gems may look shiny from outside, there’s always an attribute that makes one stand out. Let us examine the two most protuberant units which constitute the backbone of the Indian batting order.

Virat Kohli and Rohit Sharma are arguably two of the most gifted batsmen to have stridden across the pristine ground. Their contribution to cricket knows no bound and the record books affirm the same. It is time to put the shiniest gems under the microscope, to decide once and for all which one has the upper hand. 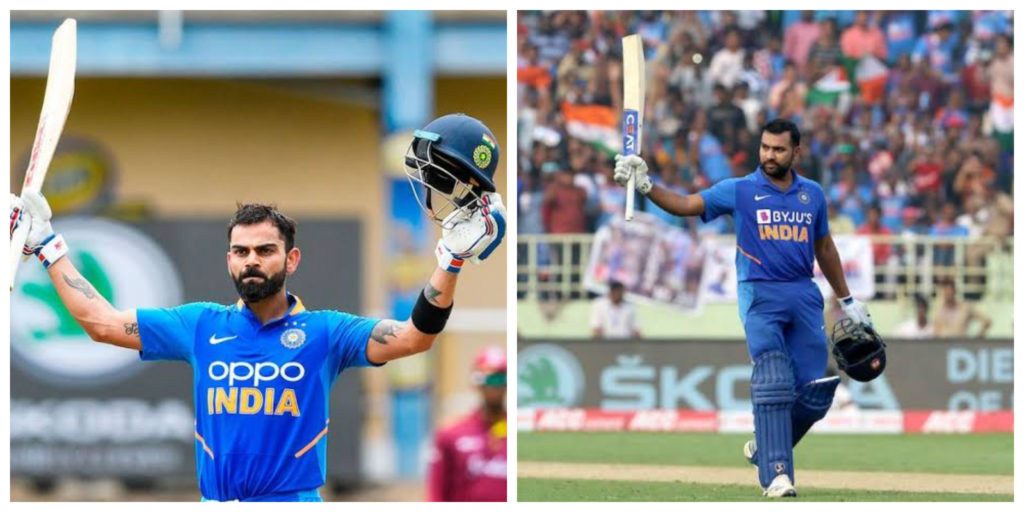 It is a basic rule, that in order to survive in the hot pan that is the Indian batting unit, one has to be consistent. The long list of players waiting to burst through and stake their claim in the team speaks for itself. The longevity of both these players clearly implies that they have done justice when it comes to consistency.

Although being consistent enough to fend off competition, among the two players in question, it is hard to deny Virat Kohli’s superiority in this aspect. Maintaining an average of above 50 across all the formats is a Herculean task. While Sharma scores big, it, unfortunately, comes in patches when compared to Kohli’s grinding on a consistent level.

Although Sharma has turned a corner with respect to his consistency in recent times, he has a lot of ground to cover after being left behind in the initial stages of his career. Kohli’s consistency has earned him plaudits and as a result, scored runs on a spree. Apart from that, despite playing 26 fewer innings than his compatriot in T20Is, the Indian skipper has leapfrogged his deputy in terms of runs scored.

This trait comes in several forms whether it be the format, the conditions or even the batting position to an extent. Both Sharma and Kohli go toe to toe in this aspect.

When it comes to versatility across different formats, Virat Kohli is the outright winner due to his superior average. If we examine their records at home and away, the Indian skipper astonishingly maintains the same average in ODIs whether it be home or away while Sharma’s average dips when it comes to overseas ODIs.

Kohli stakes his claim as a versatile player by replicating his average in tests as well, something which Sharma has also done due to his recent uprise in the longest format of the game. Lastly, there is a huge gap between their T20 averages across home and away.

When it comes to batting positions as a potential trait for being versatile,  both the players have played a range of batting positions over their careers before making their current spot as their own. Kohli has proven to be a tailor-made No.3 and No.4 in ODIs and Tests respectively while also trying a hand at the opening slot in IPL and succeeding to an extent.

To counter, Sharma is no less having been a middle-order batsman for the better parts of his career before being promoted to open. The Indian vice-captain often shuffles between opening and No.4 for his IPL franchise.

The ability to turn up big at the highest level is yet another trait that can be used as a yardstick to examine these gifted players.

Rohit Sharma has been the go-to man for India in big occassions such as the 50-over ICC events. The numbers heavily favour the opener with Kohli lagging behind. Kohli’s failure to come up big in ODI knockout fixtures have made the headlines quite often. Kohli has been overshadowed by his deputy in ODI tournaments by a huge margin with the nail on the coffin being Sharma’s 5 centuries at the 2019 World Cup.

However, the tides change when it comes to the shortest format with Kohli trumping Sharma by being India’s leading run-scorer in 2 consecutive editions.

It would be interesting to see who triumphs when things get edgy in the World test Championship.

Over the past decade, Virat Kohli has been the living embodiment of the perfect technique. A poster boy off which buddling youngsters drool over, trying to emulate the run machine. Right from the stance, to the backlift, to the footwork to the followthrough, King Kohli has perfected batting in a sense.

Sharma, on the other hand, backs his natural hand-eye coordination and while it does not look as elegant as Kohli at times, it gets the job done. The opener’s technique was partly the reason behind his horrid time overseas, especially in whites.

While Kohli has had trouble with his technique, the case is more like the bowlers exploiting his strength and turning it into his weakness. The flamboyance of his cover drive is known and so is his vulnerability towards the deliveries outside the off-stump, a paradox at its best.

Both Kohli and Sharma have ruled the latter stage of the previous decade and look to do more of the same in the future as well. Taking all things into consideration, it is hard to claim Rohit Sharma is better than Virat Kohli with the numbers and factors falling in the skipper’s favour. Albeit close, Virat Kohli will remain the chosen one, the gem that shines a bit brighter and longer than the rest.