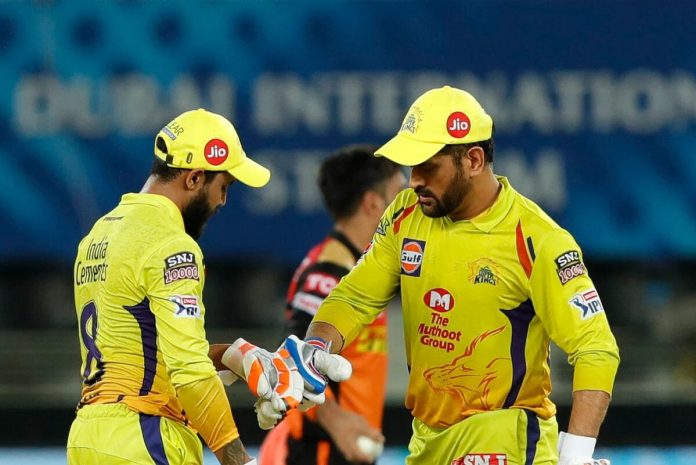 If at all the halfway stage standings of the Indian Premier League (IPL) are to go by anything, MS Dhoni-led Chennai Super Kings (CSK) are a sinking ship. Of the seven matches played so far, the three-time champions have lost five out of last six encounters after being comfortably outplayed by the opposition every time. Still considered as one of the strongest franchise in the league, the Super Kings have been woefully off-colour with seemingly directionless play.

So what is hurting the mighty powerhouse, that once ruled the roost and wreaked havoc in the minds of opposition even before a ball was bowled?

The last time when CSK lost five out of their first seven matches was in 2010 when they won their maiden IPL trophy. But things look rather bleak for the three-time champions.
Be it the 2010 blockbuster in Dharamsala, or the ‘comeback’ win over Mumbai Indians in 2018 or the cameos against RCB at M Chinnaswamy Stadium, Dhoni and CSK made it a habit to finish off close chases with enviable consistency. Over the years, Chennai fans have enjoyed the experience of witnessing those nerve-racking wins.

However, the tried and tested ‘Dhoni model’ seems to be failing CSK at IPL 2020. Without their enforcer-in-chief, Suresh Raina, CSK batting unit has looked a shadow of its former self.

So far in this campaign, CSK have thrown away what can be called routine chases by their standards with an appalling approach in the middle overs.

Between overs 6 to 14, Chennai have lost the games in almost all of their failed chases. Kedar Jadhav, who faced severe criticism for getting 7 off 12 balls against KKR, was dropped for the RCB game on Friday. But nothing changed. Young N Jagadeesan, who replaced Jadhav, stitched a 64-run stand with Ambati Rayudu but the duo took 52 balls for it on a difficult batting wicket where only Virat Kohli could wield magic. However, for large parts during the chase, their batting approach seemed off-colour with little show of intent.
Dhoni’s point on the batting in the middle overs is an area of particular concern borne out by the numbers.

The Super Kings’ run rate of 7.19 in that period – from overs 7 to 14 – is the second-worst in the league, with only the Royal Challengers’ 6.56 being lower. However, the Royal Challengers have lifted their game in other areas, which has resulted in them winning four out of six games.

The Thala’s struggles with the bat in the ongoing season of the Indian Premier League has become a cause of concern for Chennai Super Kings. The CSK captain has not been able to get runs this year, and in the previous game against Kolkata Knight Riders, Dhoni scored just 11 runs in 12 balls and could not finish the game for his side.

Amidst heartbreaks we search for our soul. #Yellove is all we need. 💛 pic.twitter.com/g6jOmodlsB

For Mahendra Singh Dhoni, the fifth defeat has led to an admission that the batting unit has not clicked and he expects his players to take a more fearless approach in the second half of the campaign.

The batting though, remained the main area of focus, with Dhoni and coach Stephen Fleming both stressing on the need to show more intent. The Super Kings have chased in each of their seven games so far, but haven’t been able to keep pace with the required run rate in their defeats.

On Saturday too, the required run rate went from 10.28 at the end of the powerplay to 14.90 by the time the 15th over was done. At that stage, Dhoni had just come in and the big-hitting trio of Sam Curran, Ravindra Jadeja and Dwayne Bravo was still in the dugout. When they did bat at the death, wickets fell in a clump as they sought to address the mounting asking rate.

So for the third auction in a row, they went in with a similar strategy. In came Piyush Chawla, Sam Curran, Josh Hazlewood and R Sai Kishore – each perhaps viewed either as a worthy back-up to some of the established stars or as means to attain combination flexibility.

Quite inexplicably, CSK have let tentativeness and a passive approach creep into their game that has only been counterproductive this season.

Last season at this stage, CSK had six wins in seven games and a playoffs spot well within their sights. It would require a Herculean effort from the depleted CSK side if they are to make it through to the IPL 2020 playoffs. They seem to be falling behind in the race, but only time will decide whether they sink or swim!