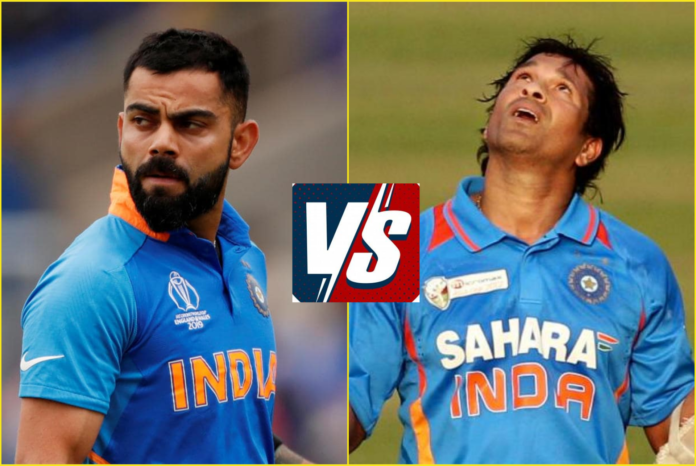 Comparing legends from two eras are something fans are always guilty of-despite the irrationality behind it. In the world of football, one always lingers around the Messi-Maradona debate. Both players never crossed paths during their playing days-set apart by at least a decade and a half. Yet fans want to distinguish the two and anoint one as the greatest ever!

Crossover to cricket, fans leave no stone unturned to keep Sir Donald Bradman in constant comparison with cricketers over the years to ascertain their legendary status. If Sunil Gavaskar was at the receiving end of the unfair comparison, Sachin Tendulkar was touted to have replaced ‘The Don’ as the ultimate run machine at the start of the new millennium.

Since Virat Kohli rose on the canvas of World Cricket in 2008 onwards, he was primed for greatness with sheer ability. While many have come and gone-only a handful few have been able to live up to their reputation. Kohli is a different breed though. 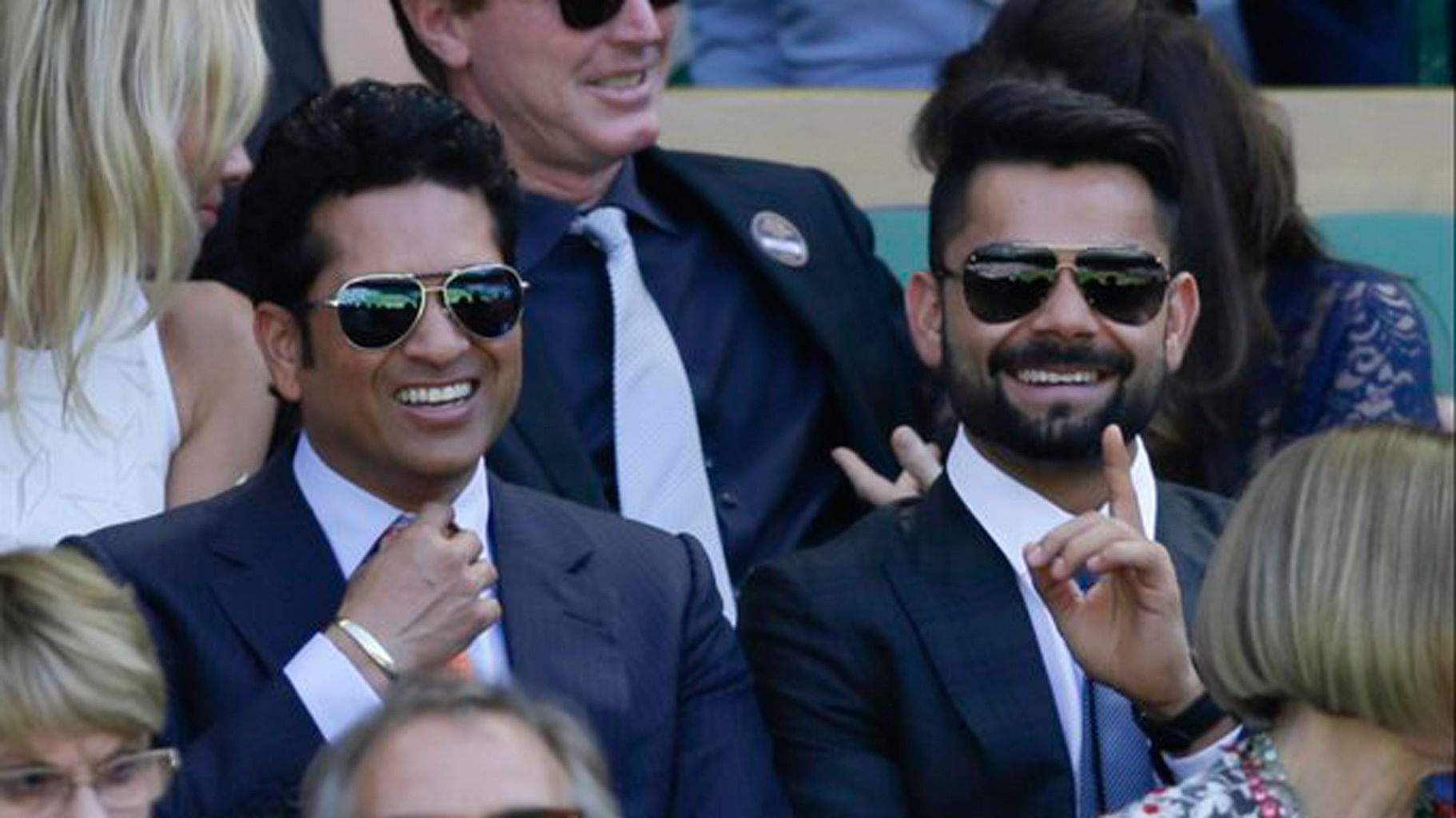 The rate at which Virat Kohli has been scoring runs over the past decade or so, everyone knew that his comparisons with Sachin Tendulkar were inevitable. When Tendulkar retired from International cricket, nobody though his achievements would be emulated. But then came Kohli.

The Delhi-born Indian skipper has a penchant of performing on the biggest state in the toughest of conditions and has been the mainstay of Indian batting over the past decade or so, just the way Tendulkar was throughout the 1990s and 2000’s.

Virat Kohli, with his astonishing consistency, has become the fastest to 10,000 ODI runs, breaking Sachin Tendulkar’s long-standing record on the way. The dashing batsman also became the quickest to 20, 000 international runs taking 417 to reach the milestone, 36 innings fewer than the legendary Tendulkar and Lara.

Such records mean Kohli-Tendulkar comparison is inevitable. But does it really matter who overtakes whom? As the current coach of the Indian cricket team, Ravi Shastri says. in the end, cricket is the winner, especially Indian cricket is lucky to witness such stalwarts in successive generations.

Sports gives you magic moments. Moments to remember and savour. One such memoir from the history is when Sachin Tendulkar was dismissed for the last time in International cricket, Virat Kohli was the man to walk in next amidst a pin-drop silent Wankhede Stadium in 2013.

Everyone in the jam-packed stadium that Tendulkar had played his last international inning and as fate would have it, Kohli had assumed his place-metaphorically as well. It was a moment made in heavens where Kohli would take the baton from the little master and take Indian cricket forward.

Cricket fans are always tempted to compare players from different eras to measure their greatness. Of course, such comparisons are more often than not are subjective, but if one uses the stats and consider the impact the players had on their peers, one can surely come up with a coherent argument.

Cricketers don’t leave imperishable works of art. They leave a few stats, a few memories behind-MS Dhoni’s World Cup-winning six-for instance. They are creatures of their time: trapped in their own era. They are defined by the context in which they played: opponents, playing conditions, trophy haul and opportunities. So for the sake of stats, intra-age comparisons are fun!

As far as runs in Test cricket are concerned, at the age of 31, Sachin had made 9, 470 runs while Virat has amassed 7, 240 runs. However, it is to be noted that when he made his debut-Sachin was 16 while Virat Kohli made his Test debut at the age of 22.

In terms of Test averages, Tendulkar and Kohli have an uncanny similarity with the readings of 53. 78 and 53. 68 respectively. Tendulkar’s average was achieved over an incredible 200 test matches, while Kohli has so far played a mere 77 times for his country in this format.

Like Test matches, Sachin is ahead of Virat Kohli till 31 years of age. Till 31, Sachin had accumulated as many as 13134 runs, however, Virat already has 11867 runs to his name despite starting late.

However, the rate at which he is going, Virat is likely to surpass Sachin Tendulkar quite easily in ODI cricket by the time he is done.

A stat where Kohli easily trumps Tendulkar is his performances during run-chases. Kohli, often known as the ‘chase-master’ is a different animal while chasing totals. Sachin Tendulkar scored 5, 400 runs in successful run chases in 124 innings, Virat Kohli already has 5, 388 runs in 86 innings at an astonishing average of 96.

While we compare the two mercurial talents, the common opinion is Tendulkar was a sublimely talented, technically-correct batsman who never took his gifts for granted, while Kohli is a pricklier and more confrontational character, a sportsman of this century rather than the last, as Tendulkar was, despite his millennium-spanning career.

While Sachin taught India that anything is possible, Virat is only pushing the possibilities to another level.

Can Rahane, Ashwin use IPL to get into Indian team