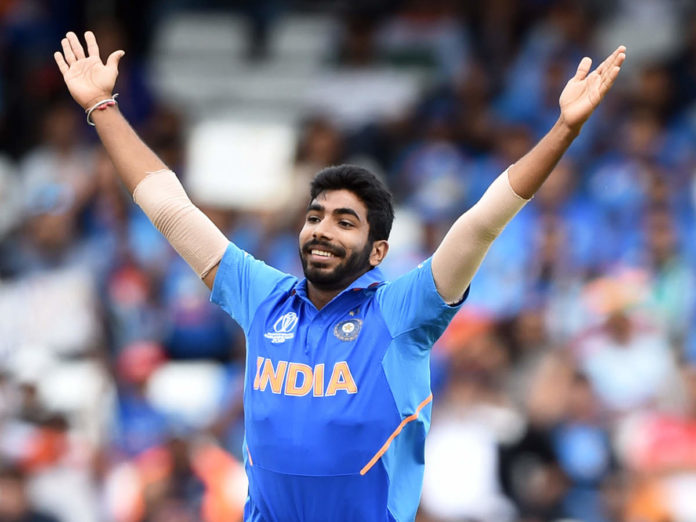 Jasprit Bumrah is blessed with a unique bowling action. Calm and easy run-up with both arms out in front of him during his delivery stride, ready to hyper-extend in a whipping motion.

His unique albeit equally unorthodox action has been under the scanner constantly ever since he broke into the international scene. The new filter for cricket though is- fitness over longevity.

The Gujarat bowlers’ most impressive trait is maintaining his frugality throughout the innings. Such is his value to Virat Kohli’s India side-his career economy 4.5 is best amongst his contemporaries.

It’s a great cricketing paradox that truly great bowlers don’t always get the most wickets. Similarly, with Bumrah, the case is opposition batsmen know this fact that they cannot milk runs off his bowling, and therefore, must attack India’s other options at the cost of greater risk.

However, Bumrah’s unconventional bowling action comes with a serious drawback of a high chance of injury.

When the 26-year old opened up about his short run-up and unique bowling action, he replied by saying he has never been taught or coached extensively. While people keep telling the Mumbai Indians star bowler to alter his action to prevent risking an injury, Bumrah has gone from strength to strength, backing his skillset.

Making the most of his skiddy and deceptive action, Bumrah has earned accolades world over. He is the first Indian to have taken five-wicket hauls in South Africa, England, Australia and West Indies apart from a Test hat-trick as well. He is counted among the top fast bowling talents of the current generation.

Bumrah made his international debut in 2016 and since then, the tall bowler has been a trendsetter as all the fast bowlers alongside him have grown into effectual death bowlers.

Bumrah averages in the early 20s in all formats of the game and has 68 wickets in Tests along with 104 in ODIs and 59 in T20Is.

“It is his braveness that he showed his skills in Test matches. He is a very hard working guy and is very focused. He knows where he wants to go. But will his back support him? Till when will his back withstand that much load. It had to break down. I was watching his matches before he broke down. I was telling my friends that he will break down,” he said.

The Mumbai Indians bowling spearhead first suffered back issues at the start of 2019/20 home season. A minor stress fracture in his lower back ruled him out of the action. He missed five Tests in total and returned for the T20 series against Sri Lanka in January 2020.

Dr Simon Feros, a lecturer in functional anatomy and conditioning sciences too thinks Bumrah’s action may pose injury concerns to his ‘lumber vertebrae’.

“Bumrah tends to release the ball outside the line of the front foot. This means he can ‘push’ at the ball, usually resulting in an excellent in-swing delivery to a right-hand batter.
“However, if he exceeds 45 degrees of trunk lateral flexion (which I think he may on some occasions), then this element of his action may pose some injury concerns to his lumbar vertebrae,” said Feros.

“His unique action allows him to deliver consistently the types of deliveries he possesses, particularly his yorker. The ability of Lasith Malinga to be so effective was in part due to his unusual action (making it often difficult to pick up the ball).”

Gloster concluded his analysis of Bumrah’s action by stating that the body is an “amazing machine” and given time will adapt to almost anything, and lauded his earlier coaches for not tinkering with his action.

Experts may feel Bumrah’s slingy action is a bit of a gamble, but Bumrah himself is a committed cricketers-who puts his body on the line for his team every single time.

IPL’s spectre without the spectators