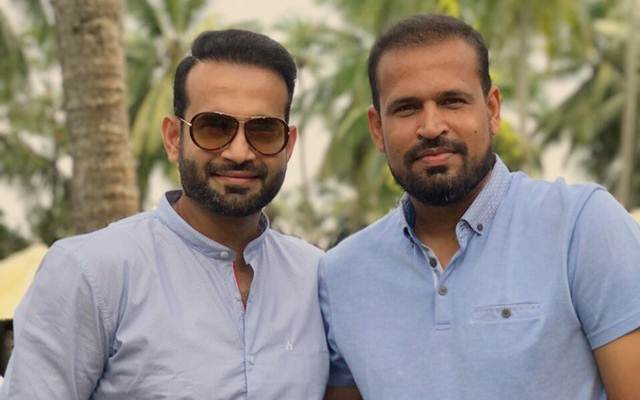 Yusuf Pathan, is one of the many big names in the cricketing world, who found no takers in the Indian Premier League 2020 auction that was held on Thursday in Kolkata. The cricketer was let go by his team SunRishers Hyderbad after his terrible performance in the last year’s IPL season. Even though the experienced player found no takers in the auction, he did found support in his younger brother Irfan Pathan, who sent him a beautiful message on twitter. The bromance won a lot of hearts and was soon shared and retweeted by many of his fans. 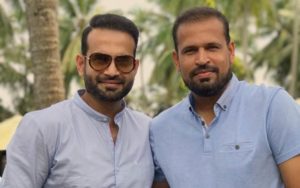 He uploaded a picture of him riding on his brother’s back with a cheerful expression and captioned it, “Small hiccups doesn’t define your career,you have been outstanding thru out. A real match winner. Love you always Lala @iamyusufpathan.”

Small hiccups doesn’t define your career,you have been outstanding thru out. A real match winner. Love you always Lala @iamyusufpathan pic.twitter.com/h3tw3AjoGS

The SunRisers Hyderabad adopted a new strategy which needed them to release Yusuf Pathan from the franchise. Their new strategy involves creating a team of young talented players along with a few experienced players. They followed their new strategy and bought 7 players at the auction out of which 5 of them are all-rounders–Virat Singh, Abdul Samad, Sanjay Yadav, Priyam Garg, and Bavanaka Sandeep– and only two of the players are old and experienced–Fabian Allen and Mitchell Marsh.

In the last season of IPL, Yusuf scored only 40 runs after playing 10 matches in total. He also did not get to put up a good show in the bowling department as he was given the chance to bowl only 6 balls. The all-rounder failed to claim any wicket. The dip in his performance was evident from the 2018 IPL season. In the 2018 IPL season, his team was the runners up, but his contribution in the game was very little. In all the 15 games he played, he could only manage to score 260 runs.

Yusuf had a price tag of 1 crore but it is quite upsetting that a cricketer like him could not find any takers. The highest price paid for an international player turned out to be Australia’s Pat Cummins, who was bought by the Kolkata Knight Riders for the price of 15.50 crores!