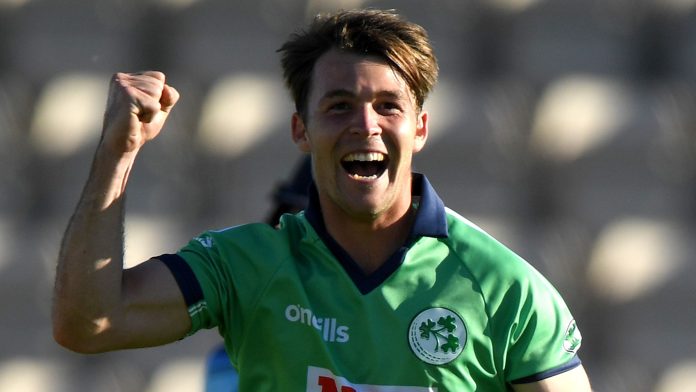 Ireland pacer Curtis Campher picked up four wickets in four deliveries against the Netherlands on Monday in a Group A, Round 1 match of the ICC T20 World Cup which is currently underway in Abu Dhabi. Campher demolished the experienced Dutch middle-order as he bagged the wickets of Colin Ackermann, Ryan ten Doeschate, Scott Edwards, and Roelof van der Merwe in consecutive deliveries in the 10th over of Netherlands’ innings. This feat made him the second bowler to pick up a hat-trick in the men’s ICC T20 World Cup after Australian legend bowler Brett Lee. 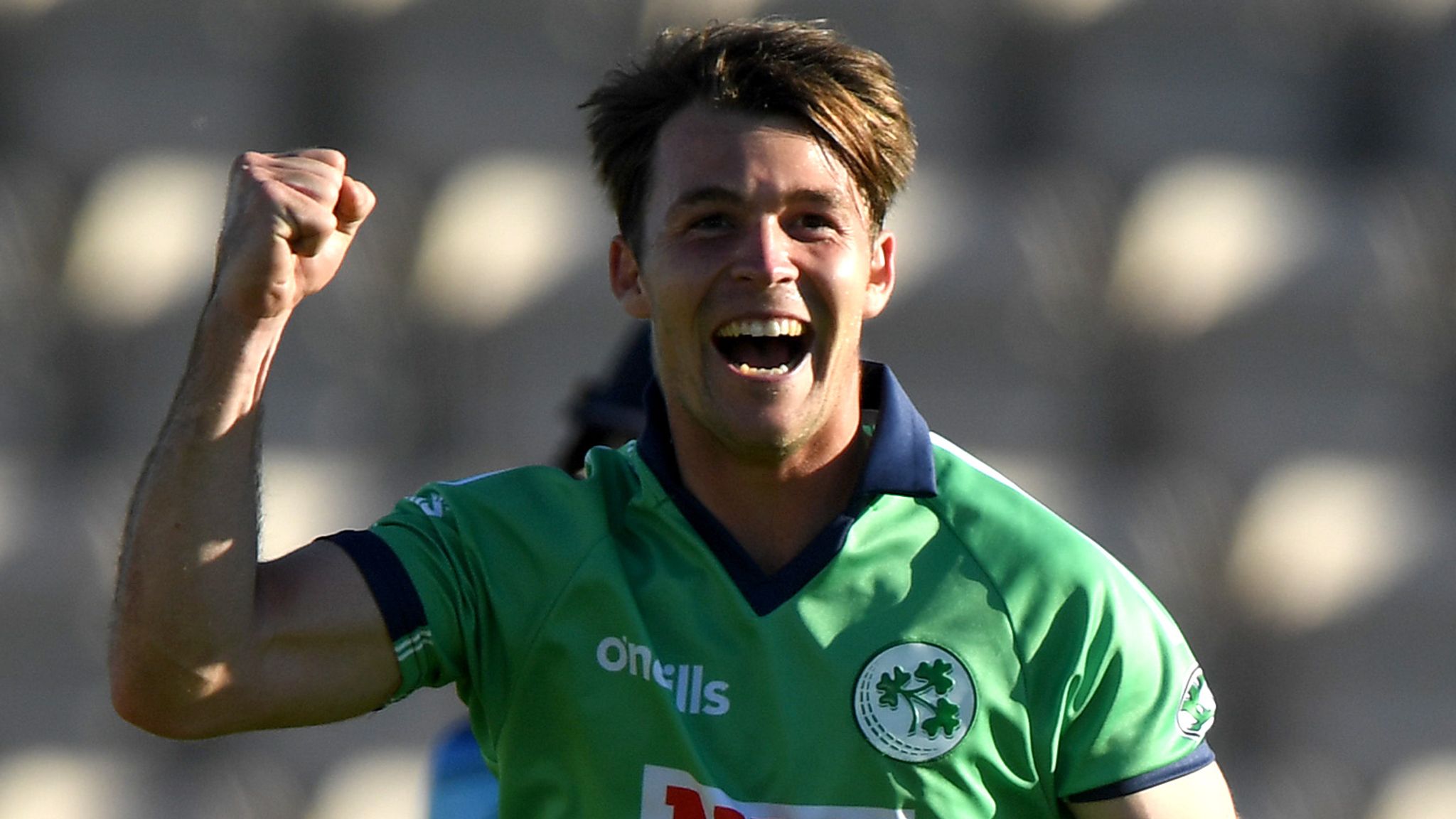 Ackermann was dismissed after getting caught behind, while Campher trapped ten Doeschate and Edwards in front of the wicket before cleaning up the stumps of van der Merwe. The middle batting line-up collapsed in a dramatic fashion. The Dutch were in a decent position but the momentum slumped as Campher fired. It all started with Ackermann’s wicket as the right-handed batter went for a wild swing at a back-of-length delivery on the leg, trying to pull for a maximum.

The Irish appealed after the ball was caught safely by the wicket-keeper, but the umpire signaled a wide. Ireland took the review and it showed a soft edge and that gave Campher his first wicket.

He bowled the next couple of deliveries straight on the wicket and both ten Doeschate and Edwards missed the line of the ball completely. The on-field umpire had denied Campher the hat-trick but Ireland took the review again and Edwards was given out LBW after the DRS gave the decision in favour of the fielding side again. While van der Merwe’s wicket saw him dragged one back onto his stumps.

You check out the video clip of four dismissals below:

This is the first match of the group, which also involves Sri Lanka and Namibia. Campher has played in 10 ODIs and 4 T20Is for Ireland before this match and he is an all-rounder, who bowls medium pace. Campher is the third bowler to pick four wickets in four deliveries in men’s T20 internationals after Lasith Malinga of Sri Lanka and Rashid Khan of Afghanistan.