The Irish team is currently on a tour of Afghanistan, which consists of 3 T20i, 5 ODIs and one test match. All these matches will be played in the Rajiv Gandhi International stadium in Dehradun, Uttarakhand. With the T20 series already done, its turn for the 50 over games now, with the first ODI already underway.

However, with rising concerns over the security of their players amidst what is happening between India and Pakistan, Ireland is constantly in touch with the Afghanistan Cricket Board, the ICC and the Ireland foreign affairs department.

The Irish team is currently preparing for the entire tour, however, they will be abiding to any advice they receive to ensure the safety of their players and the management.

The Irish captain, William Porterfield said on Wednesday, “There’s a few of us coming into the squad, five of us who have been here for a week and that helps freshen things up from that side. Afghanistan is a tough team in T20 cricket, but we are together and fresh for the one-day series and looking forward to it.”

The ODI series will bring some seniors players back into the squad. This might have an impact on the team who comes into this series after an embarrassing 0-3 defeat in the T20s.

The visiting team, though ready to play the complete tour, has an eye on the security situation in India, and will obey any advice given to them on the grounds of security.

While the first ODI is already underway, it does not seem to be falling in Ireland’s favour even in the 50 overs format, as they have have been bowled out for a paltry total of just 161. 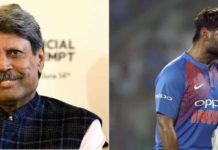 Read the inspiring story of Amir Hussain Lone – the cricketer...