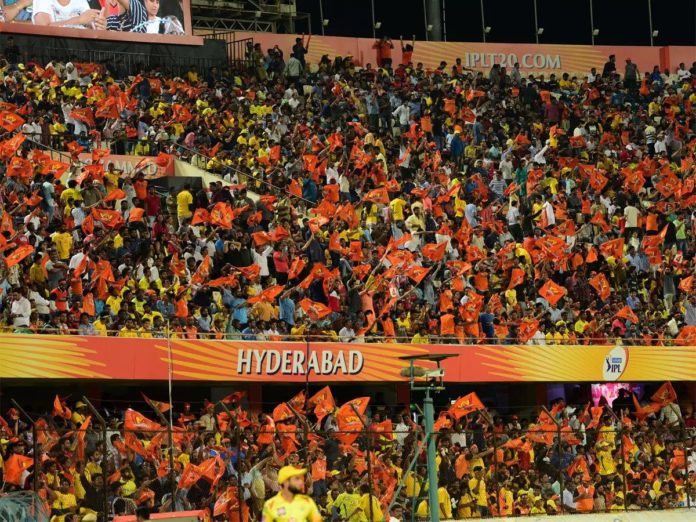 Lights, camera, thunderous fanfare and action! This is how many of have witnessed IPL over the years. Given the extraordinary times that we are witnessing, the return of live sports could not have come any sooner-albeit with a few tweaks!

The world is still grappling with the coronavirus pandemic and hosting a showpiece event like the Indian Premier League (IPL) without the spectators would be considered a dreary situation.

However, the fact that post the lockdown the glitz and glamour of IPL will be back in action is a matter of relief for its millions of followers, IPL team owners, administrators and players alike.

This edition of IPL will present a ‘sui generis’ experience for the players. Apart from the location change, with the tournament set to be played across the United Arab Emirates, there would be no spectators or matches with minimal fans in the stands.

In the gloomy times that precede us, the resumption of sports isn’t just a piece of good news for dropping morale, but for sports business as well, salvaging whatever is left of through broadcasting rights and sponsorships.

Often the commentators, fanatics and broadcasters embrace such a frenzy around the IPL that in a way elevates the game to a different pedestal.

Even though sports will make a grand comeback in the form of IPL, spectators will have to wait.

This is sports new normal and although playing without fans and the atmosphere they create is something that the players will have to get used to. The international level cricketers certainly thrive on such things and fan following is something that they are going to miss, for some it may give a feeling of paranoia, while others may get used to it.

Generally talking, several top players have spoken about the potential impact on playing in empty stadiums and how big a challenge it would be for coaches to spur on the players.
Indian captain Virat Kohli is someone who needs no external motivation, but even he feels the game would never feel the same sans the vociferous crowds backing players.

“I honestly don’t know how everyone is going to take that because we all are used to playing in front of so many passionate fans. Things will still go on, but I doubt that one will feel that magic happening inside because of the atmosphere that was created,” Kohli had said.

Players have to draw strength from within and there is no environmental energy contributing to your performance. Nobody will scream if you take a good catch or hit a six. It will be fascinated to see how many of them are actually working on themselves.

The commercial success of modern-day sports is determined by the eyeballs in TV and digital platforms-and one is guaranteed that with the IPL. So from the business scenario, the BCCI and the host broadcaster are in the green. So playing matches in front of empty stands would hardly make any difference to them.

But when it comes to match-day gate-income, it makes for a bleak picture. As things stand, the franchisee will be mostly on the receiving ends as they will lose out on income through gate receipts-which differ from franchise to franchise.

Per se, the Kolkata Knight Riders (KKR) enjoy high returns with their home ground the Eden Gardens having a high-capacity of 67,000 fans. Teams playing at smaller venues, like Dharamsala or Jaipur would not earn as much. As per the 2019 data, all franchise combined the sum stands at Rs 230 crore. Which makes for an average loss of 30 crores per franchise.

The matchday revenues surely will jolt the team owners, but in this case, kickstarting the IPL far outweighs not having the tournament at all.

Next course of action

Hosts of the tournament, the Emirates Cricket Board (ECB) are hopeful of getting the government’s clearance to fill 30-50 % of the stadiums with spectators for IPL.

“We will definitely want our people to experience this prestigious event but it is totally the government’s decision,” UAE board secretary Mubashshir Usmani said. “For most events here, the number ranges from 30 to 50% capacity, we are looking at a similar number. We are hopeful of getting our government’s approval on that.”

Initial jitters notwithstanding, the IPL 2020 is set to hog the limelight without cricket’s most important bait, the spectators. Empty stands will be hard to conceal, just that cricket is back in tough times is more than a consolation in itself which we should be able to covet and celebrate!

Explained: The phenomenon of a ‘bio-bubble’ in Sports