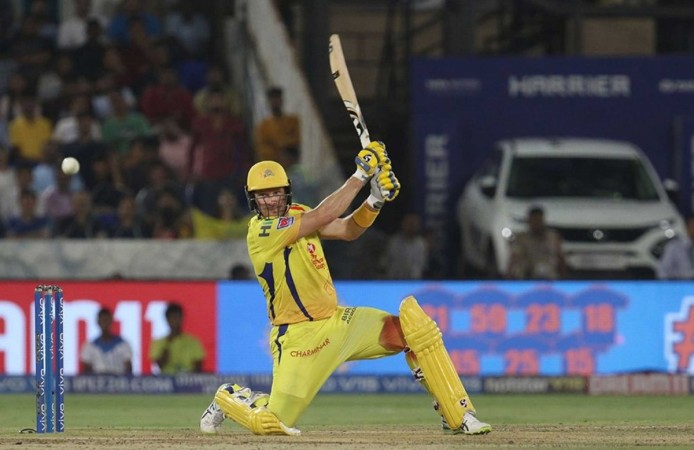 Chennai failed to claim the IPL trophy for the record fourth time by mere 1 run on Sunday. Chasing a partly target of 150, Chennai’s batting fell prey to the brilliance of Jasprit Bumrah and Rahul Chahar. However, Shane Watson batted till the last over and almost single-handedly crossed the line for Chennai before getting run-out.

However, Harbhajan Singh later broke it out on social media about Watson batting with an injury. He shared a picture where blood stains were clearly evident on his knee, yet he gave it all for his team and almost accomplished the herculean task all by himself. Watson was the match winner for Chennai in last edition’s final, and almost replicated the same this time around too.

“Can you guys see the blood on his knee,” Harbhajan Singh wrote. “He got 6 stitches after the game… got injured while diving but continued to bat without telling anyone.”That’s our @srwatson33, almost pulled it for us last night,” he added 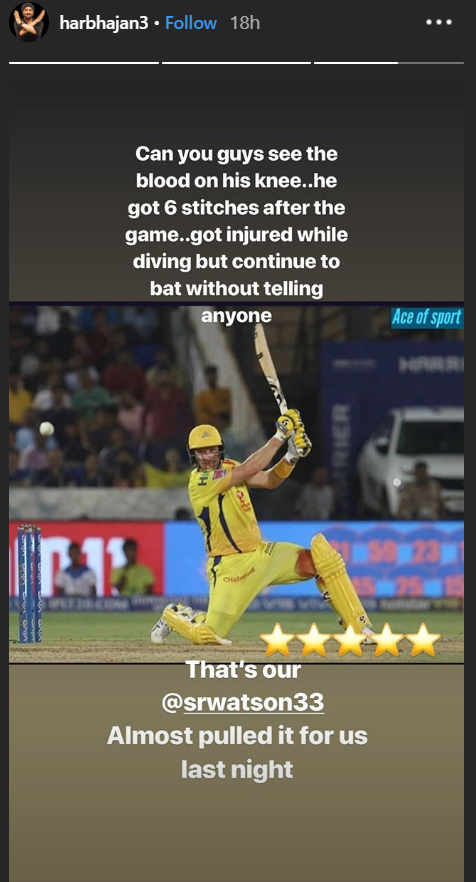 Post Watson’s run-out in the last over, Chennai could not capitalize on the foundation that Watson had set and eventually fell short by one run.