Each time the greatest batsmen in the history of cricket are discussed, the name of Indian skipper Virat Kohli will surely be considered.

However, when it comes to his captaincy in the IPL-there are many who still would rate him based on how RCB performs.

The IPL has helped unearth many a player capable of taking the mantle of leading a side with aplomb. Virat Kohli has played only for the Royal Challengers Bangalore (RCB) ever since the inaugural season of the IPL and has been leading the side since 2013 but is yet to win the title. Kohli, as a batsman, has registered a plethora of records but as a captain, he has lacked that one elusive IPL title. 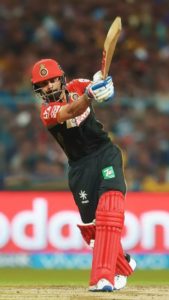 Despite his success as the captain of the Indian cricket team, the IPL glory remains Kohli’s holy grail.

In the seven seasons where Kohli has led the side, they have qualified for the playoffs twice and have managed to reach the finals once. People often wonder what has caused the popular franchise to not win any title yet. So, is Kohli’s leadership responsible for that-or are the reasons more deep-rooted?

The Bangalore side has always had some big players in their ranks. The combination of Virat Kohli and Ab de Villiers is enough to instil fear in the opposition’s mind. However, leaving the stars aside, the team has always lacked balance in their squad. It is said that fifty per cent of the tournament is decided at the auction tables, and that is where the RCB have been badly found wanting over the years.

If you wanted to know what the mood in the camp is like, this picture should answer that question. 😉😃#PlayBold #IPL2020 #WeAreChallengers pic.twitter.com/qNX9J3cZGN

Kohli’s distractors make a point or two about MS Dhoni. Kohli confides in the legendary wicket-keeper as his wingman in the Indian colours, while he fails to replicate the same at RCB.

High-quality players like KL Rahul, Shane Watson and Quinton de Kock have failed to perform for the Kohli led side. It is to be noted that they all are now key players of their current franchises. Rahul has been appointed as the captain of Punjab and also has the fastest IPL fifty to his name.

Watson and De Kock have been consistently playing for the Chennai and Mumbai team respectively, making key contributions from time to time. How a captain looks at you is very important in T20 cricket. Specific roles are allotted to specific players and they are supposed to perform those well. Hence, this IPL would be a good test of Kohli’s credentials as a great captain.

In addition, Australia’s limited-overs captain Aaron Finch will play under Virat Kohli.
While the two share a good camaraderie, the undercurrent to that is the duo would be squaring off soon after the IPL as respective skippers of India and Australia on the Australian plains.

Kohli likes to lead from the front

Unlike the previous seasons, this time around, Virat Kohli has a much-balanced squad to his disposal. RCB have always been looked at as a weak bowling unit. But the acquisitions of Chris Morris, Isuru Udana, Dale Steyn and Adam Zampa will certainly be valuable additions to RCB’s bowling arsenal.

The support staff cannot control what happens on the field, however, it’s their efforts which reap rewards on the field. A good management team can even transform an average team to a great team.

There is a reason why Kohli is often credited for the change of fitness standards, and the skipper gives as much importance to physical training and being at the optimum level of fitness to gameplay.

The closest RCB came to winning the IPL title was in 2016 when they lost in the final against Sunrisers Hyderabad (SRH). Kohli’s contributions with the bat were immense during the season as he scored a massive tally of 973 runs with four hundreds and seven fifties.
RCB fans will hope their talismanic leader can finally transform the franchise’s fortunes in IPL 2020 and help them clinch their maiden title in the competition.

Is Shubman Gill India’s next superstar?