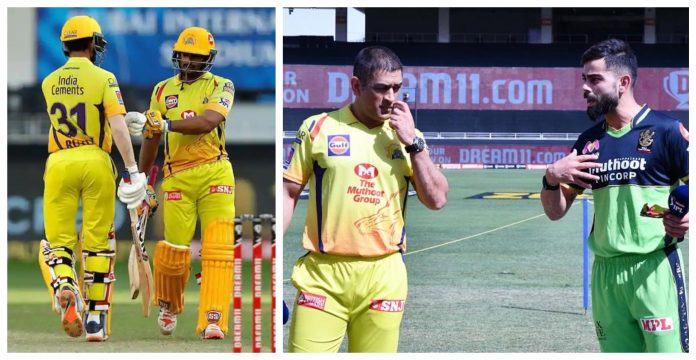 The almost buried Chennai Super Kings took on a resurgent Royal Challengers Bangalore, who aim for a top-two finish following Delhi Capitals’ slip up against Kolkata Knight Riders. RCB will have to wait to officially break it through to the top bracket as they slid to an eight-wicket defeat to CSK.

Electing to bat first on a slow surface, RCB had a solitary change in the overseas department as Isuru Udana was replaced by Moeen Ali. MS Dhoni named debutant pacer Monu Kumar and Mitchell Santner in the playing eleven who replaced Karn Sharma and Josh Hazlewood respectively. 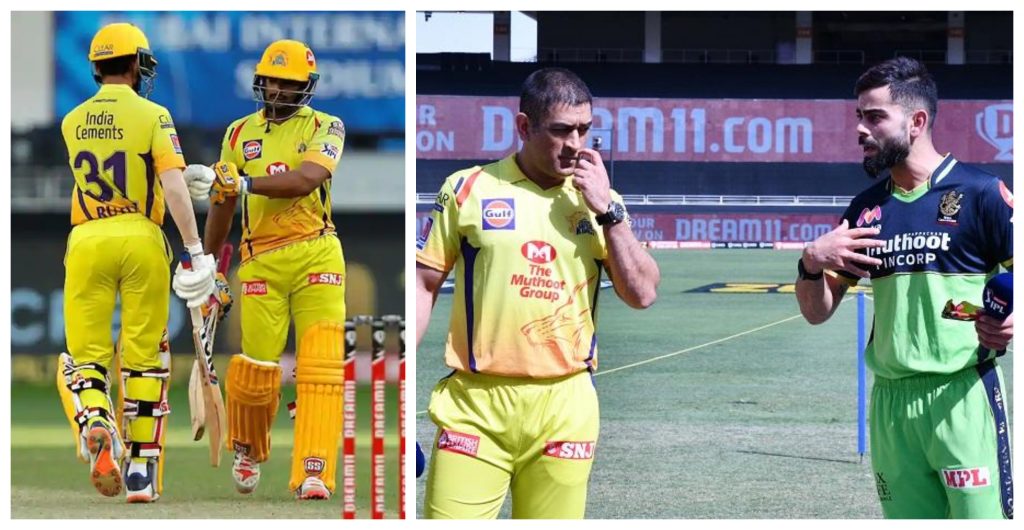 Aaron Finch failed to get going once again after mistiming Sam Curran’s delivery while Padikkal was dismissed the very first ball after the powerplay. The acclaimed duo of Virat Kohli and AB de Villiers had to navigate the team through the middle overs.

Tight bowling by CSK prevented the acceleration that RCB looked forward to which extended their middle overs woes to one more match. de Villiers scored 4 fours in his 36-ball 39 run knock while Virat Kohli scored his third fifty of the season, two of which have come against the three-time champions.

Sam Curran was the pick of the bowlers for the Yellow Army following the unit’s successful restriction of RCB to 145-6.

CSK’s batting unit were on point with their approach and delivered a performance that the franchise yearned for so long.

Ruturaj Gaikwad stepped up with a fifty while Faf du Plessis delivered the much-needed boost in the powerplay. The South African’s impactful innings of 25 runs propelled the side to 46 runs after the initial fielding restrictions.

Ambati Rayudu chipped in with a valuable 39 as MS Dhoni, coming in at number 4 stayed till the end.

Gaikwad remained unbeaten at 61 and hit three sixes as CSK wrapped up the proceedings with eight balls to spare.