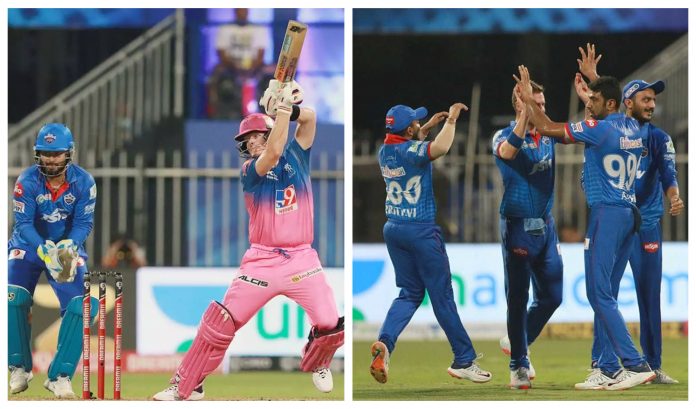 Rajasthan Royals returned to the sole venue where they have registered a win but faced a mighty challenge in the form of the formidable Delhi Capitals. DC recorded their fifth win of the tournament after winning the contest by 46 runs against RR in Sharjah.

RR marked their return to Sharjah with a revamped bowling attack. Steve Smith named two bowling changes after winning the toss and electing to bowl first. Varun Aaron and Andrew Tye made their way into the playing eleven in the place of Ankit Rajpoot and Tom Curran. Delhi Capitals named no changes to the lineup that has been tasting victory for a while now.

RR managed to strike thrice in the powerplay with the wickets of the top order. Shikhar Dhawan’s patchy run continued after a soft dismissal to Jofra Archer. Prithvi Shaw, who was put down by Kartik Tyagi, could not make most of his second chance while captain Shreyas Iyer was caught short off his crease following a brilliant direct hit from Yashasvi Jaiswal. 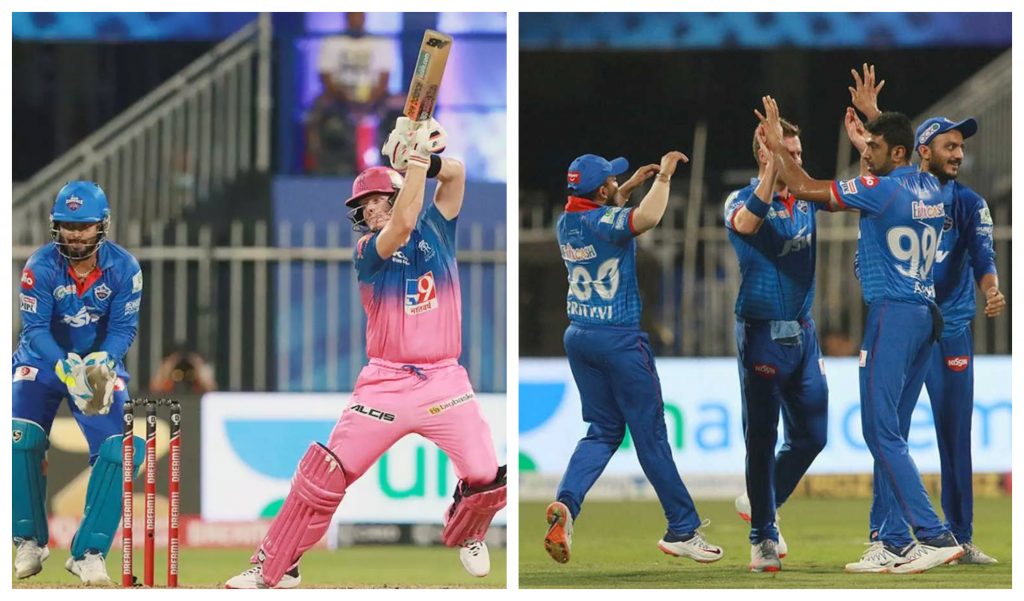 With the score at 51-3 at the end of the powerplay, Rishabh Pant joined in-form Marcus Stoinis. The wicket-keeper batsman, however, had an outing to forget after a tame run out dismissal which saw him depart for just 5 runs off 9 balls.

Shimron Hetmyer’s 45 and Stoinins’ 39 proved to be the bedrock of the innings that propelled the team to a respectable total of 184-8. This marked the first instance in the season that a first innings total at Sharjah was below 200.

Jos Buttler was the first batsman to depart following a sharp catch by Dhawan at square leg off Ravichandran Ashwin. Yashasvi Jaiswal struggled to get going, mounting pressure on Steve Smith.

The skipper, despite looking in good touch was undone by a stellar grab by Hetmyer in the deep. Sanju Samson’s woeful run continued with his fourth consecutive single-digit score. Ashwin finished off his impressive spell without conceding a six and with the wicket of Mahipal Lomror to end with 4-0-22-2.

RR slumped to 90-6 after the dismissals of Jaiswal and Tye. Few might blows in the end by top scorer Rahul Tewatia reduced the margin of defeat in the end. Purple cap leader Kagiso Rabada extended his lead with three wickets and scalped the final take to bowl out RR for 138.