KXIP’s repeated failures over the years have come to haunt them as they now find themselves without a sponsor with their first match in just 4 days.

The Punjab side outlet will kick start their campaign against Rajasthan Royals in Jaipur, but they will be without a sponsor as Kent RO, their current sponsor declined to renew the deal from last season.

Top IPL sides such as Chennai Super Kings and Mumbai Indians have managed to secure long term sponsor deals with Muthoot Finance and Samsung respectively. KXIP have reportedly slashed their prices in comparison to CSK and MI by almost 50% in a bid to attract a new sponsor.

A top executive in media buying sport had a say regarding the situation with Inside Sport. He said:

It is getting more and more difficult for Punjab now,” “When it comes to the brink, brands are smart enough to realise there is no buyer. Secondly, brands now will also not get enough time for the activations. Where is the time to make TVCs?

Where is the time for Press conference and activations? It is going to be a major, major loss for Punjab. No way they will get the desired value, which anyway was very low, I will still maintain any deal for a brand will be a big win, win situation.” 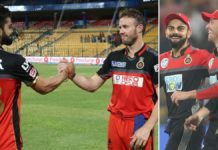 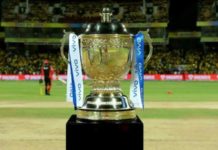 Find out what legendary Pakistan paceman Shoaib Akhtar had to say...

Sanju Samson called in as replacement for injured Shikhar Dhawan for...

MS Dhoni dons his footballing boots ahead of series against Australia