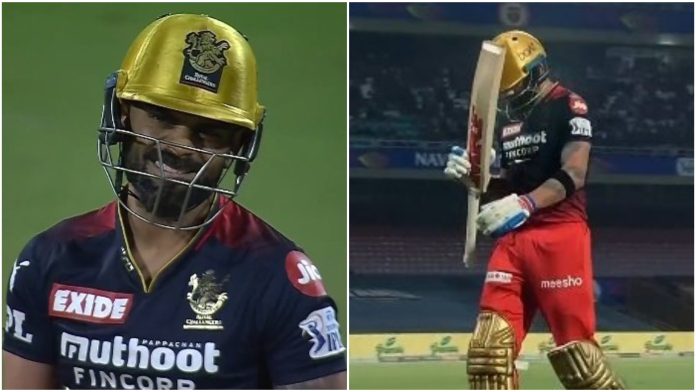 The Royal Challengers Bangalore(RCB) skipper Virat Kohli is going through a rough patch in the Indian Premier League(IPL) 2022 as he suffered a forgettable moment. He was dismissed for a first-ball duck at the DY Patil Stadium in Mumbai. 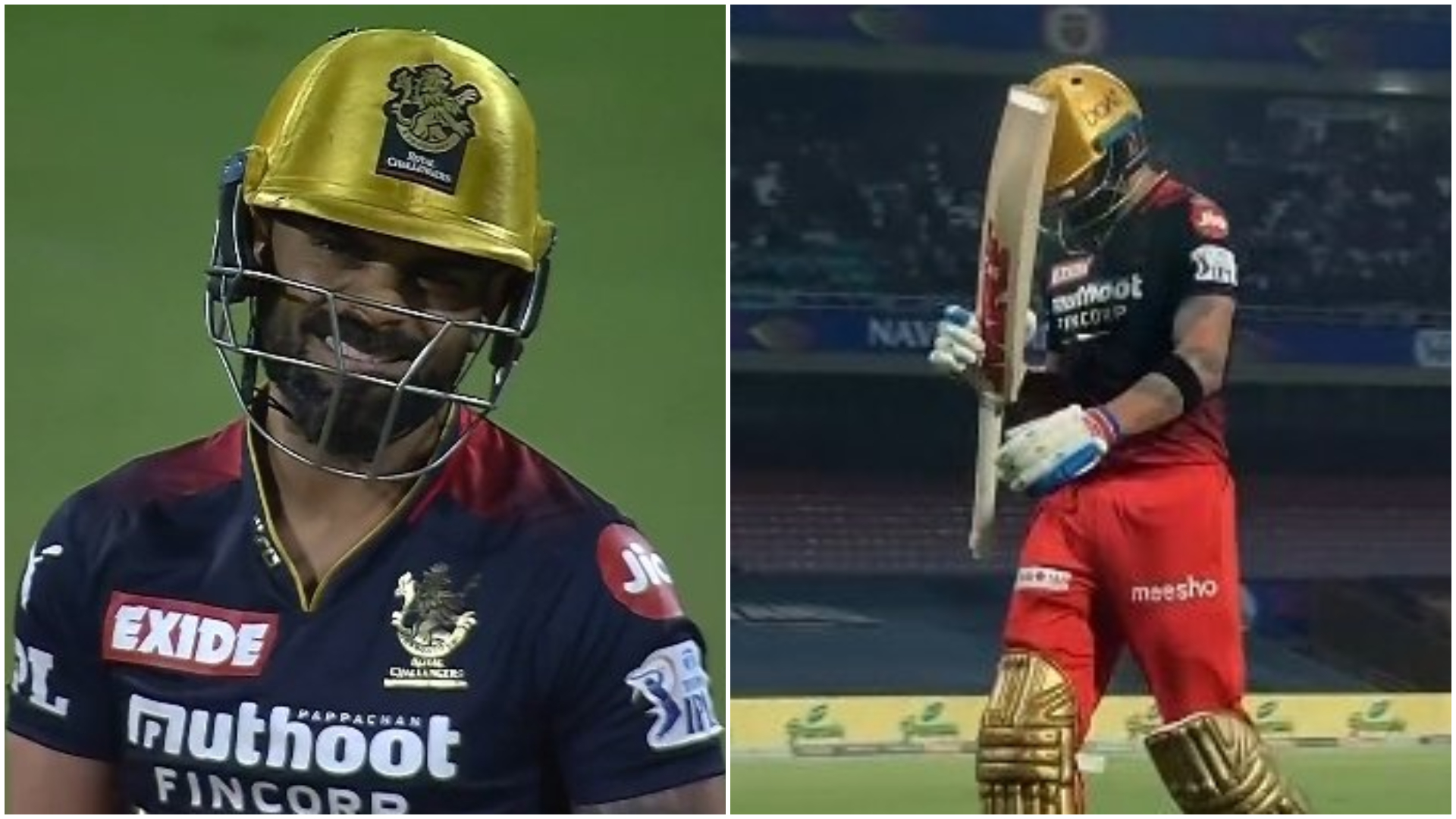 Kohli walked out at the fall of opener Anuj Rawat’s wicket, but first ball from Dushmantha Chameera, the 33-year-old slapped the ball straight to Deepak Hooda at point. Virat Kohli gave a golden expression after his dismissal when realised that his stay in at the crease was only limited to one ball. He wore a crooked smile on his face, almost convinced as if luck continues to desert him. This marks his first dismissal on a duck in six years.

Kohli has had a decent campaign so far, scoring 119 runs from six matches at a very ordinary average of 23.80. Before this, Kohli has been twice run out. His only two notable scores this year have been 41 not out against Punjab Kings in RCB’s first match of the season and a knock of 48 against Mumbai Indians.

Speaking about Kohli, he also a reputation to be aggressive on the field. The standoff between Suryakumar Yadav and Virat Kohli is quite infamous. SKY spoke about incident in Gaurav Kapoor’s Breakfast With Champions and revealed for the first time how exactly it felt when an animated Kohli walked up to him.

“…His sledging was on another level in that match. And I was focused that whatever happens, I have to win the match for the team, without speaking anything,” the Mumbai batter said about the incident.

Revealing that he was horribly scared inside but had to maintain a calm demeanour in the game, he stated that his heart was racing at that point.

“I was dead scared inside when he walked towards me, I was chewing gum and my heart was racing. There was an inner voice that was telling me – whatever happens, don’t say a word, it’s a matter of 10 seconds, this will be over soon and the next over will begin,” Surya went on with his story.