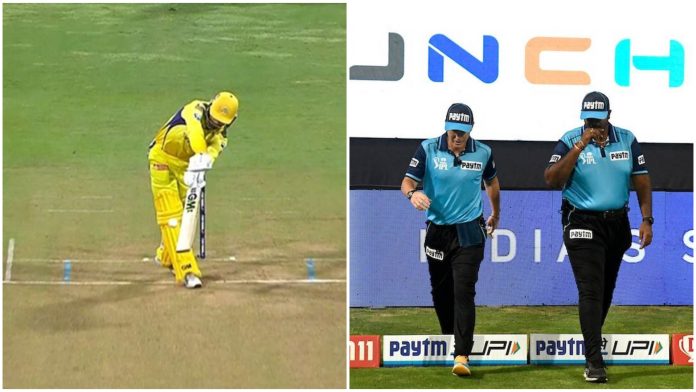 Chennai Super Kings(CSK) Devon Conway was involved in a bizarre incident that occurred in the ongoing blockbuster clash between CSK and Mumbai Indians(MI) at the Wankhede Stadium. The New Zealand batter was adjudged ‘out’ in his first ball of the first over after Australian Daniel Sams trapped him in the pads. While he tried to opt for DRS to challenge the decision, the system was not in the work. It was revealed that there was a power cut at the Wankhede Stadium and thus Conway couldn’t ask the umpires for a review as the decision remained unchanged.

Devon Conway was dismissed for a duck 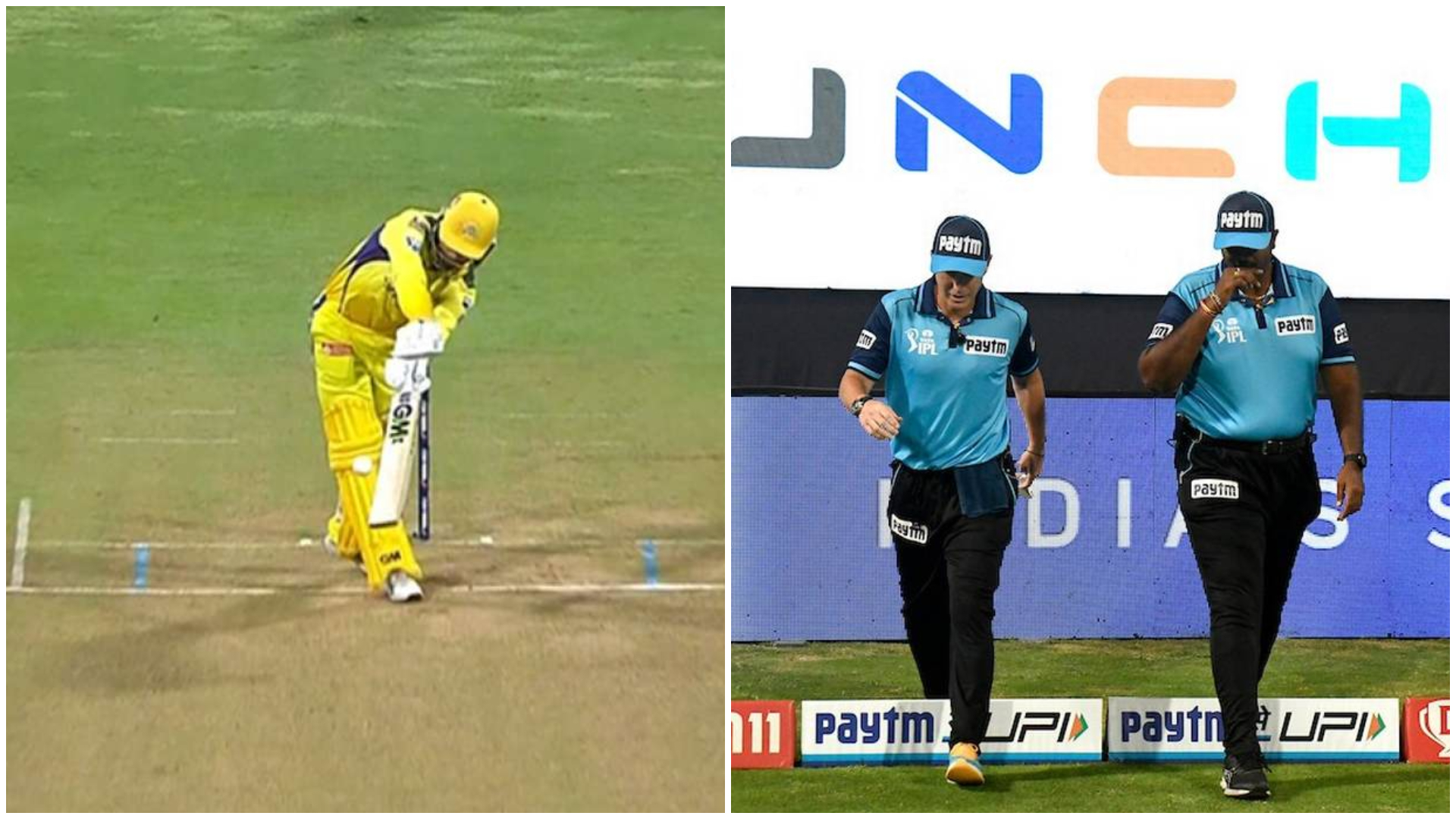 While it looked like the ball was going down the leg side, the umpire adjudged him out. Conway had no chance to go for the review, since the Decision Review System was not available due to a power failure at the stadium. Earlier in the game, the toss was delayed for several minutes as the floodlights did not switch on in time. CSK are currently batting at 25/4 with Rayudu and Dhoni at the crease.

Speaking about Devon Conway, he has had an impressive run in IPL 2022. The Kiwi has combined impressive with young Indian batter Ruturaj Gaikwad to score three fifty-plus stands this season, two of which have been of a triple-figure.

In the match against Delhi Capitals on Sunday, Conway hit Kuldeep Yadav and Axar Patel for a combined 54 runs off just 20 balls. It was noted that there was a slight change in technique that Conway showed when taking on the spinners. He did not opt to use the sweep shots as he looked to charge against the variety in the Delhi tie. He recently gave credits to CSK skipper MS Dhoni for the advice.

“I have got to give credit to MS tonight,” Conway told Star Sports. “In the last game I swept quite a lot, and I unfortunately got out playing the sweep. And he said to me, ‘I think the guys are going to try to bowl fuller to you tonight. So maybe come out and try to hit them straight.’ So he sort of gave me the guidelines to try to execute that. That’s what I tried to do.”