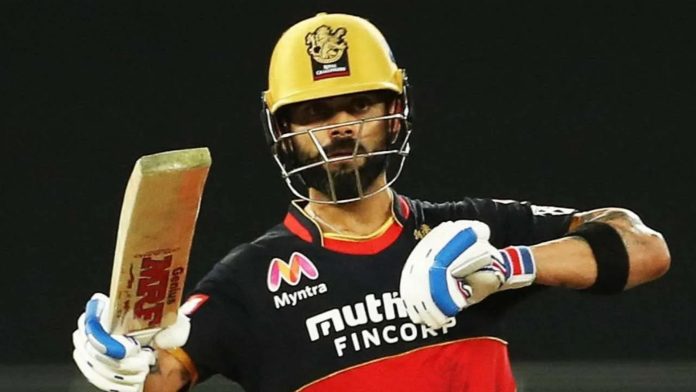 Royal Challengers Bangalore(RCB) batting ace Virat Kohli has some pressure off his shoulders after the franchise appointed new skipper, Faf du Plessis ahead of the 15th edition of the Indian Premier League(IPL). He finally let go of the leadership responsibility after the conclusion of last season. After leading the side for a long nine years, he is now completely focusing on his batting. With his ‘renewed energy,’ Virat Kohli is eyeing to showcase his batting prowess in the new season.

Virat Kohli is focusing on his batting performance With responsibilities of leading the side came huge pressure on Kohli that affected his batting in the last few seasons. Now, that the burden is off his shoulders, he would be eyeing to achieve the success of the 2016 edition where he scored almost 1,000 runs. The right-handed batter will look to take his franchise all the way this season and he would hope to motivate the youngsters as well.

Kohli recently joined the RCB squad on Monday in Mumbai and after finishing his mandatory quarantine period, he would start training ahead of the 15th edition of the cash-rich league.

“Wow. 15 years, it’s quite unbelievable that the IPL has come this far. Renewed energy because I am off a lot of responsibilities and duties. Life is in a very good place, we have a child now, we have a family. It’s about watching my child grow and doing what I love that is playing cricket. My focus is so clear now and it is so precise on what I want to do,” Kohli said in a video posted on the official YouTube channel of RCB.

IPL 2022 is set to begin on March 26 and RCB are scheduled to play their first game on March 27 against the Mayank Agarwal-led Punjab Kings.