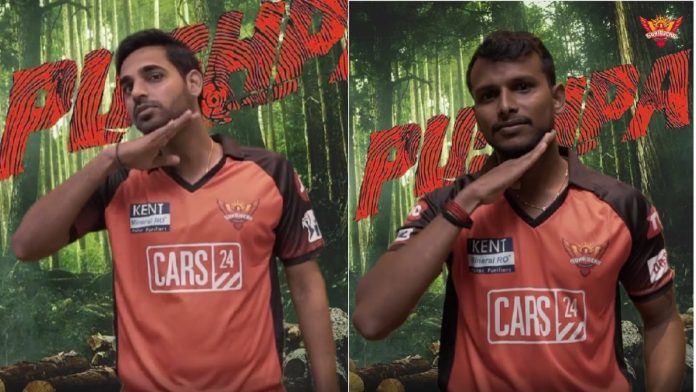 The ‘Pushpa’ steps have still not gotten over among the Indian cricketers. Ahead of the 15th edition of Indian Premier League(IPL), several SunRisers Hyderabad(SRH) players were spotted doing the ‘Thagghede Le’ gesture from Allu Arjun starred -‘Pushpa.’ The step has become a trend in recent times with many cricketers performing it. The official Instagram account of SRH posted a video clip which has certainly amused the fans. The video clip features the top stars of ‘The Orange Army’ including Bhuvneshwar Kumar,T Natarajan and Washington Sundar.

SunRisers Hyderabad players pull off the move quite nicely 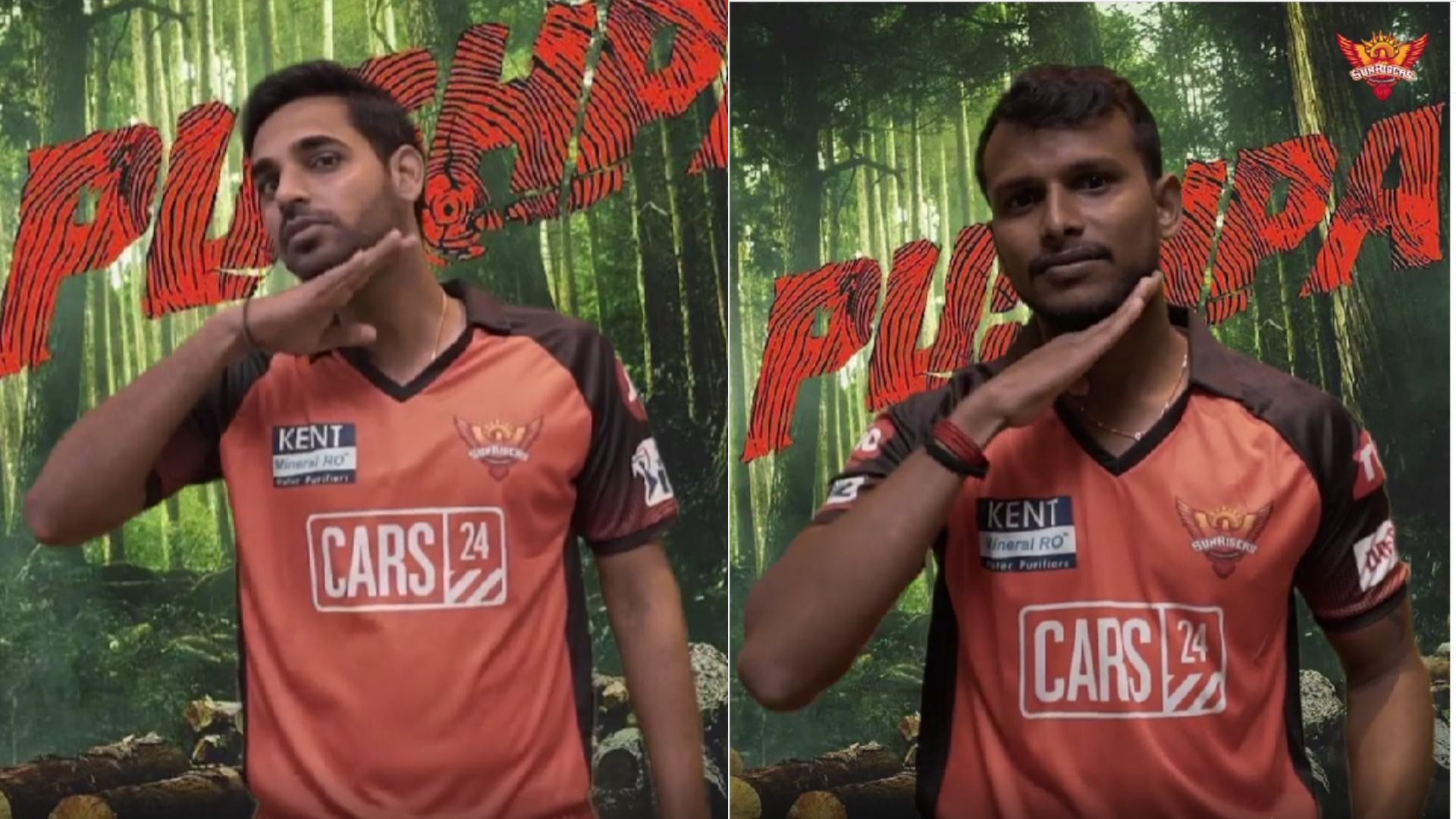 Though SRH have been one of the most consistent teams in the IPL, last year their form dipped drastically with a lot controversies. They sacked David Warner as their captain but also benched him from the starting XI.

This year they have a chance to make a fresh start. In the mega-auction, the franchise regained the seam-bowling duo of Bhuvneshwar Kumar and T Natarajan. They have roped in the har hitter Nicholas Pooran to get the runs in the middle overs.

Rashid Khan, who had been an integral part of the team is no longer with the side. Washington Sundar can be used as an option for spin bowling while Shreyas Gopal has been decent in the last few seasons for the Rajasthan Royals. While, Rahul Tripathi is a great purchase for them at the top of the order and it’s likely that Kane will open with him.

SRH will start their campaign on March 29 against the Rajasthan Royals in Pune.