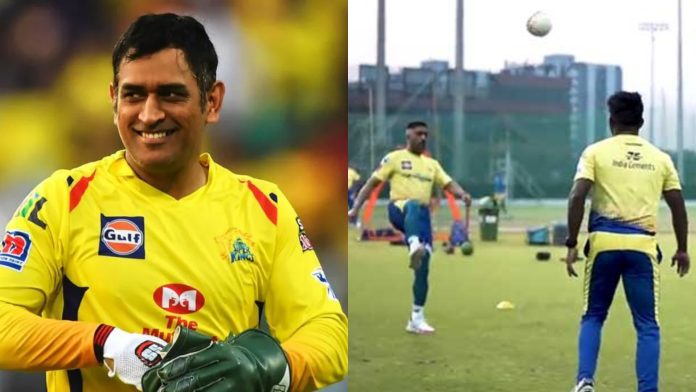 The Indian Premier League(IPL) 2022 edition is just a few weeks away and all the teams are gearing up for the cash-rich tournament to commence. Ahead of the 15th edition, Chennai Super Kings skipper MS Dhoni was witnessed having a training session with his teammates. He was also seen enjoying footvolley, which is a blend of volleyball and association football at the training camp. A video clip was recently posted on social media capturing MS Dhoni during the session. 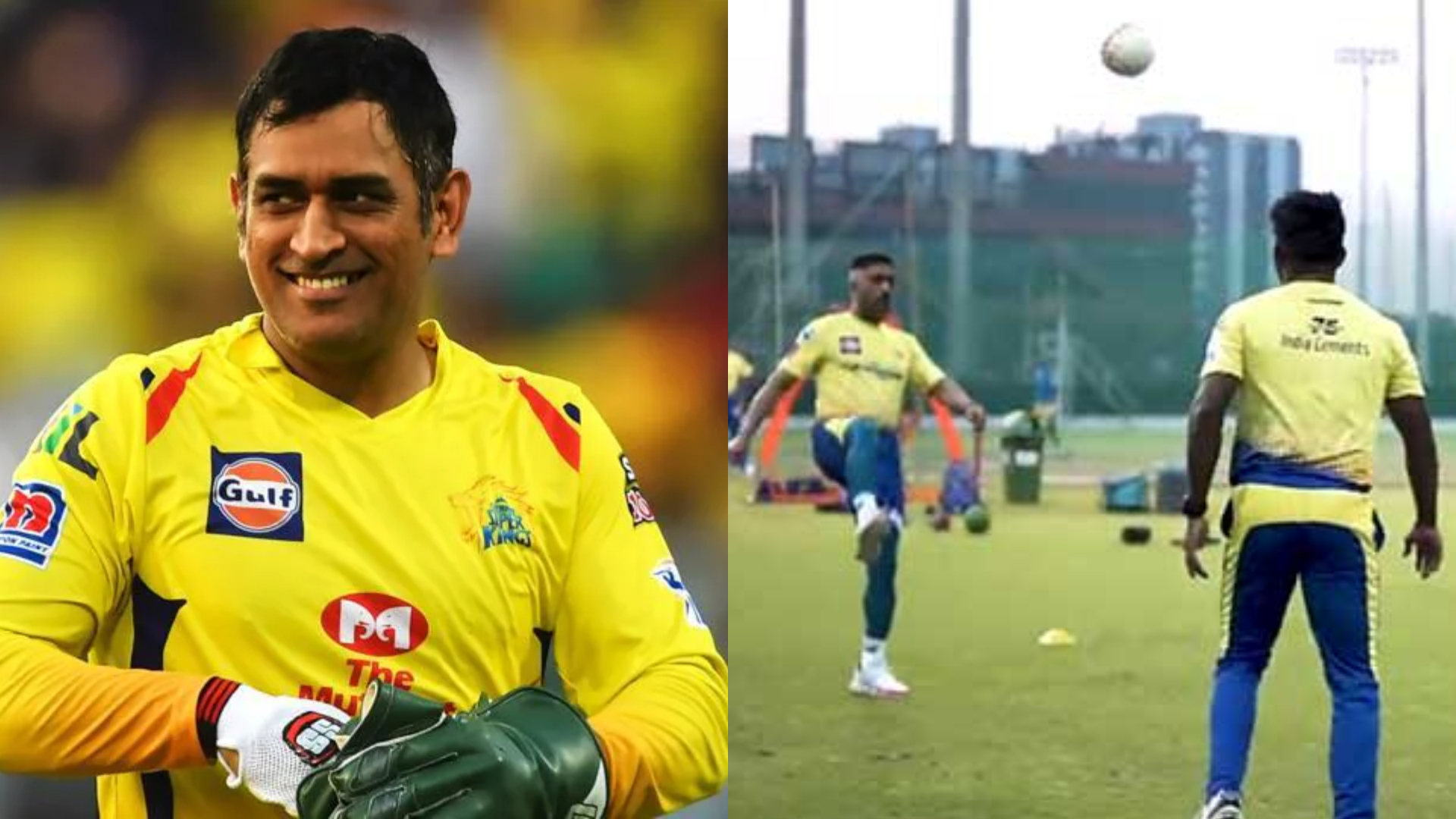 The official Twitter handle of CSK posted a video clip on Monday and noted the fun training session where the players, divided into two teams, were seen playing a game of footvolley.  Apart from Dhoni, other CSK players including Ambati Rayudu, KM Asif, Rajvardhan Hangargekar, and C Hari Nishant also joined the CSK camp at Surat.

“Namma Special Footvolley segment is Back!” read the caption shared by CSK while posting the video on Twitter with the hashtag Whistle Podu. You can check it out below:

CSK has been recently sharing tidbits on social media from their camp session. The franchise had also posted a video clip they received a great ovation from the fans in Surat. Fans also queued up on the roads cheering the team as their bus arrived at the stadium.

This year’s IPL will once again become a ten-team affair with the emergence of two new teams- Lucknow Super Giants and Gujarat Titans. This will mark the first time since 2011 that the cash-rich tournament will become a ten-team tournament. The 15th season is set to start on March 26 at the Wankhede stadium with a huge clash between the last year’s Champions Chennai Super Kings(CSK) and runners-up Kolkata Knight Riders(KKR)