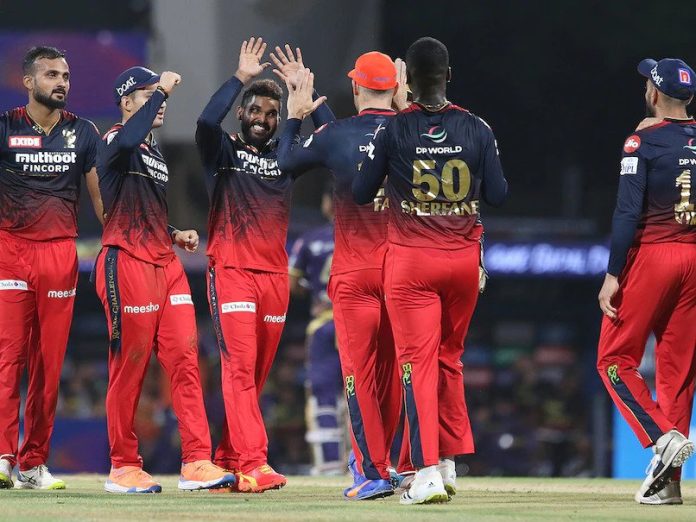 The sixth match of the Indian Premier League (IPL) 2022 was contested between Royal Challengers Bangalore (RCB) and Kolkata Knight Riders (KKR). RCB ended up as the winners following a thrilling low-scoring game. Wanindu Hasaranga was adjudged the player of the match for his 4-20. 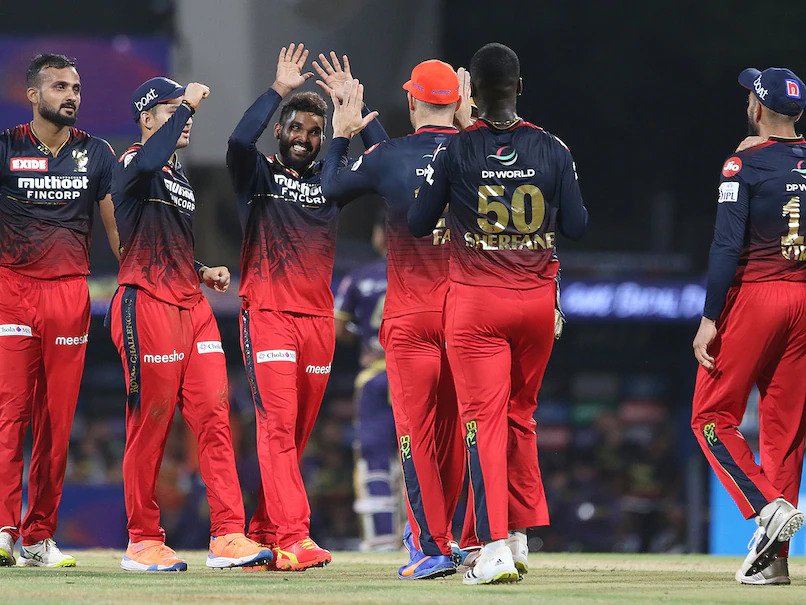 Opting to bowl first, RCB captain Faf du Plessis made no changes to his playing XI. Shreyas Iyer, on the other hand, brought Tim Southee into the team for Shivam Mavi.

After a tight first set of overs by the RCB bowlers, the KKR batters lost their patience. The latter half of the powerplay saw both the openers and Nitish Rana being dismissed off deliveries that were short of a good length.

The surprising aggressive approach continued even after three wickets fell in quick succession. The ploy to attack the spinners did not go well for the two-time winners as wickets continued to tumble.

Shreyas Iyer and Sunil Narine lost their wickets trying to go after Wanindu Hasaranga. The spinner got two more wickets to his tally to end with impressive figures of 4-20.

Andre Russell tried to push the run tally, but his short cameo was ended by Harshal Patel. The all-rounder scored 25 off 18 deliveries before edging one to Dinesh Karthik. Patel bowled back-to-back maidens and notched two wickets as well.

Umesh Yadav and Varun Chakravarthy stitched 27 runs for the last wicket to nudge KKR to 128 in their 20 overs.

After his little contribution with the bat, Umesh Yadav dented RCB’s run-chase early on. The right-arm pacer struck early with the wicket of Anuj Rawat with a delivery that rose from back of a length.

Virat Kohli opened his account with a couple of glorious boundaries, but he, along with skipper du Plessis departed in quick succession to leave them reeling at 17-3.

The overseas duo of Sherfane Rutherford and David Willey absorbed the pressure with a steady partnership of 45 in 53 deliveries. Sunil Narine got the crucial breakthrough with the wicket of the Englishman with a soft dismissal.

Shahbaz Ahmad played a valuable knock of 27 off 20 balls to keep RCB in the contest. Whereas, Sherfane Rutherford’s hard-working vigil of 40 deliveries came to an end in the 18th over courtesy of a brilliant catch by Sheldon Jackson.

Former KKR captain Dinesh Karthik was at his composed best to send RCB to their first win with four balls to spare.