RCB has knocked off SRH by a huge margin of 67 runs at the Wankhede stadium in Mumbai. With this win. RCB has solidified its position in the top four which is crucial considering IPL is reaching its business end. 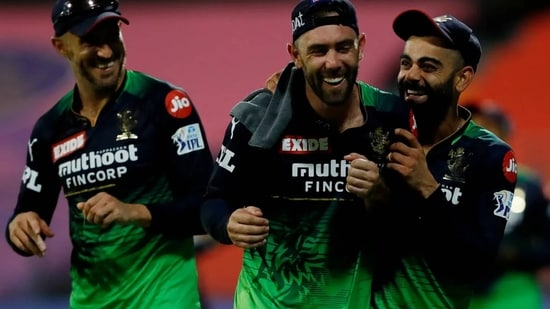 RCB successfully take revenge for their previous defeat against SRH

RCB skipper Faf Du Plessis won the toss and elected to bat first like all other captains in an afternoon game. RCB named an unchanged team whereas SRH handed a debut to Afghan pacer Fazalhaq Farooqi and Suchit came in place of Gopal.

Bangalore had the worst possible start as Kohli fell for his third golden duck of the season and this time on this first ball of the match. But Patidar and skipper Faf did not let the momentum shift as they stitched a 100-rum stand in quick succession.

Faf went on to score another half-century. RCB was given a strong finish by Glenn Maxwell’s fiery 33 and Karthik’s quick-fire 30 off just 8 balls as they posted a huge total of 192.

Chasing the mammoth target, SRH were off to a disastrous start as they lost Williamson for a diamond duck and Abhishek for the same score in the first over itself. SRH batters could not get the momentum going for the run chase.  Rahul Tripathi tried hard with his half-century, but other batters were completely blown away by RCB’s bowlers.

Hasaranga was the chief destroyer for RCB as he picked up the first fifer of his IPL career. SRH was bundled out for 125 as RCB registered a huge win by the margin of 67 runs. RCB had donned a green jersey for today’s encounter as part of their initiative for the environment. Hence, their victory became sweeter today.