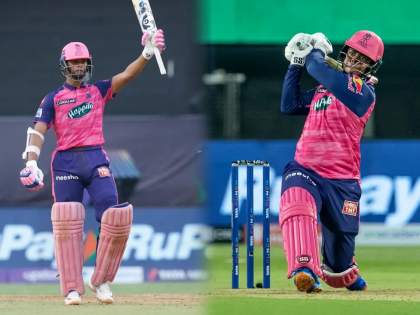 Rajasthan Royals (RR) chased 190 in a last-over thriller against Punjab Kings at the Wankhede stadium. With this victory, Rajasthan is at 14 points and has more or less confirmed their place in the playoffs.

Yashasvi Jaiswal shines on his comeback for RR

PBKS skipper Mayank Agarwal won the toss and elected to bat on a hot day at Wankhede. Punjab named an unchanged XI whereas Rajasthan brought back young Jaiswal in place of Nair.

Englishman Jonny Bairstow finally found some form as he notched up his first half-century of the season. Despite losing Dhawan, Bairstow and Rajapaksha gave Punjab a solid start. However, RR spinners Ashwin and Chahal brought their team back into the game.

Jitesh Sharma and Livingstone provided their team with a strong finish with their 50-run stand at the death. Chahal finished as the highest wicket-taker for RR with figures of 3 for 28.

Chasing the massive total of 190, the man in form of Jos Buttler provided a fiery start. He smashed 22 runs in Rabada’s over but got out in the same over. Skipper Sanju Samson and Yashasvi Jaiswal continued the assault and did not let the momentum shift.

After Samson departed, Padikkal played an anchoring knock of 31 off 32 while Jaiswal played his strokes and notched up his maiden fifty of the season. Hetmyer provided his finishing touch with his 31 off just 16 balls. Arshdeep was the stand-out bowler for PBKS but he did not receive support from other bowlers as RR chased the total in the last over.