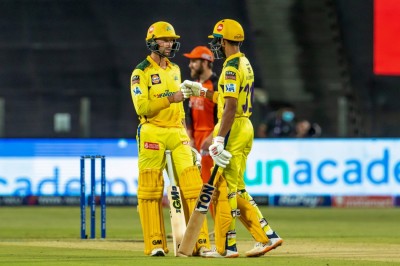 The return of Dhoni as CSK captain reaped rewards instantly as Chennai overcame SRH in a run-fest encounter at the MCA stadium in Pune. Chennai still has an outside chance of making it to the final four of the tournament. 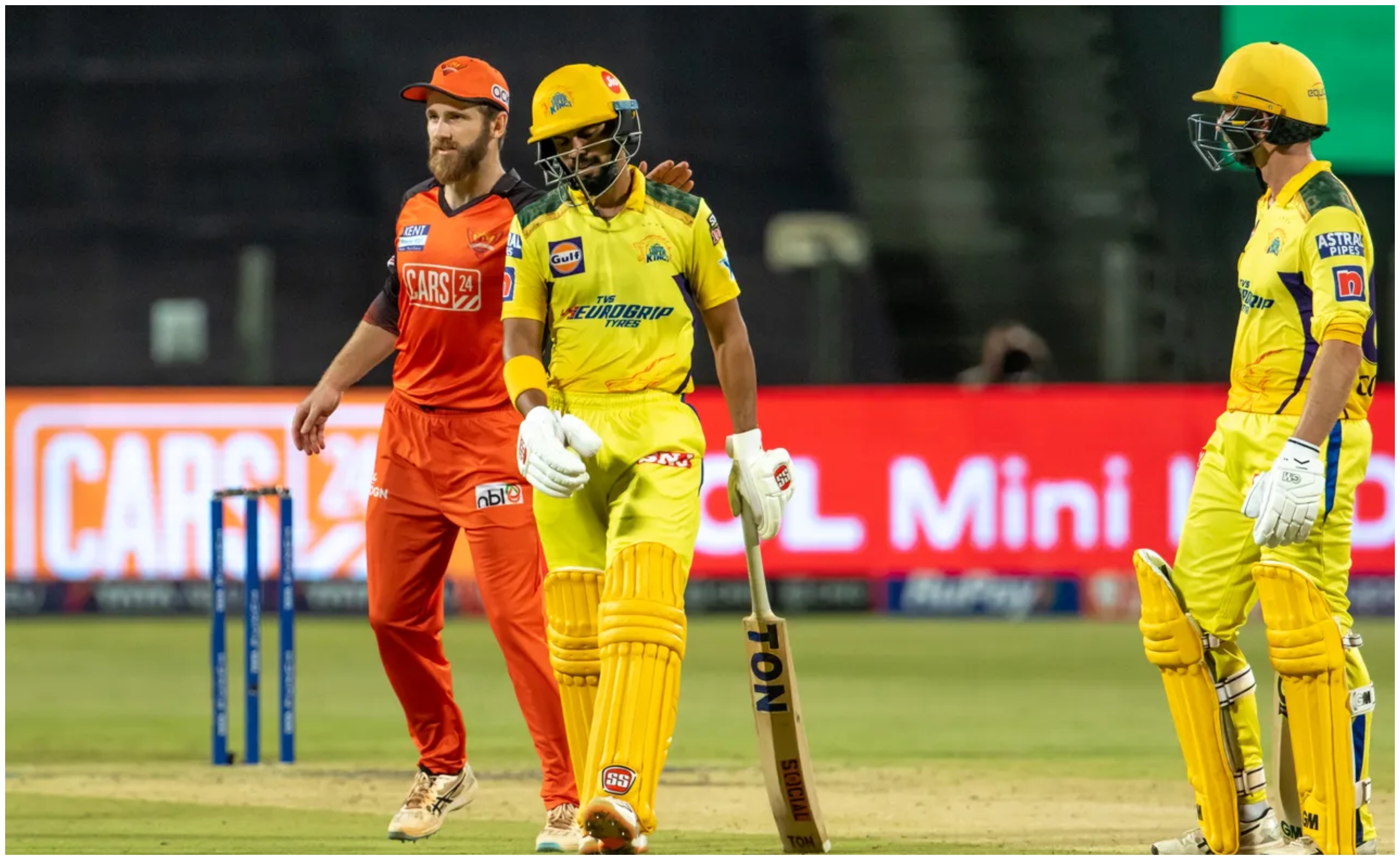 Ruturaj and Conway record the highest opening stand for CSK

Kane Williamson won the toss and made the obvious choice to chase on a belter wicket. Dhoni made two changes to the side as Devon Conway marked his return and CSK handed a debut to uncapped Simarjeet Singh. SRH named an unchanged XI.

Gaikwad suffered heartbreak as he missed his century by 1 run. On the other hand, Conway registered his highest IPL score as CSK posted a mammoth total of 202 on the board. T Natarajan was the only SRH bowler who was amongst the wickets.

Chasing a big score, SRH openers gave their side an explosive start but lost back-to-back wickets in the powerplay pushing them to the back seat. Kane Williamson and Aiden Markram tried their best to keep SRH on the hunt. But CSK bowlers kept on picking wickets at regular intervals.

SRH’s hopes lay in the hand of Nicolas Pooran who got numerous lives in the game from CSK fielders. But uncapped Mukesh Choudhary had other plans as the left arm recorded his best ever IPL figures. Although Pooran scored 24 runs in Mukesh’s final over, CSK registered a comfortable 13-run win at the end.