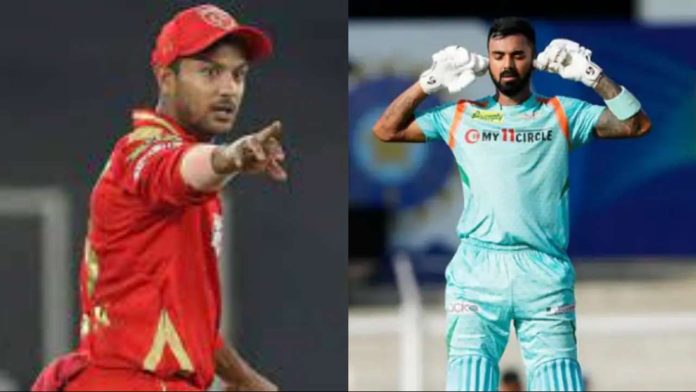 The Punjab Kings (PBKS) will face off against the Lucknow Super Giants (LSG) for the first time in IPL. This will also be a clash between two best friends KL Rahul and Mayank Agarwal who would be captaining their respective sides against one another. Punjab is coming off a fresh win over Chennai Super Kings. The Kings have worked on their combination as now they have depth in their batting order with the inclusion of Rishi Dhawan while not affecting their six bowling options.

The addition of Bhanuka Rajapaksa reaped rewards for PBKS. He was performing well earlier in the tournament but had to make way for Jonny Bairstow. However, the lack of runs from skipper Mayank Agarwal has been a worry for Punjab.

Liam Livingstone is an X-factor player for Punjab as he can change the complexion of the game single-handedly. Shikhar Dhawan has to play a critical role, as he is the glue that can hold one end while other batters try to accelerate the innings.

Lucknow defended a low total against the defunct MI side despite not having the services of Avesh Khan. This shows the depth LSG has in their bowling resources. However, Khan is expected to come back into the side for today’s encounter.

Skipper KL Rahul has been leading from the front as he is among the top run-getters this season. However, he would like to get support from other batters consistently as none of the LSG batters have been scoring on a consistent basis.

LSG has one of the better-balanced sides in the IPL due to the number of all-rounders they picked in the auction. Hence, combination-wise, they would be ahead of any opposition they face. Due to their batting depth, they are never out of the game.

PBKS are close underdogs and are priced at 1.95 meaning if you bet ₹100 on them and if they win the match, you’ll be making ₹195.

As Lucknow has a better balance and is a consistent performing side this year, they are expected to win this encounter. But you can never write off PBKS, who is one of the most entertaining teams of the IPL due to the brand of cricket they play.