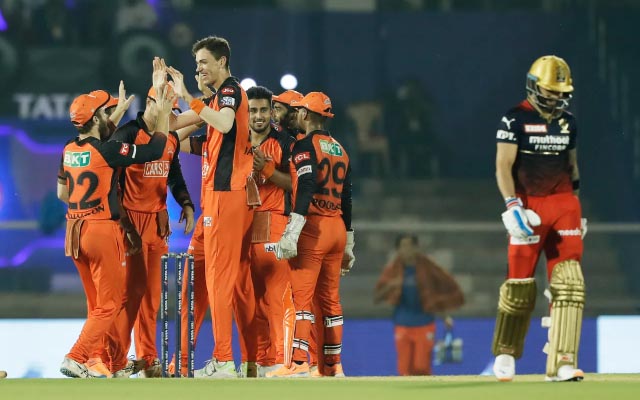 SRH registered their consecutive fifth win of the season in a destructive fashion as they rattled RCB for the lowest score of the season. SRH have jumped to the second position as this dominating win has improved their NRR massively. RCB register the sixth-lowest score in the history of IPL

Maxwell’s wicket in the fourth over meant that RCB had to play the catch-up game. But Hyderabad bowlers continued to build pressure and pick wickets at regular intervals. RCB’s man in form Dinesh Karthik registered a duck which summed up RCB’s day.

For SRH, all their bowlers managed to pick up at least one wicket, as T Natarajan and Jansen were picks of the bowlers with three wickets each. The most versatile bowling lineup rattled RCB for mere 68 runs which is the lowest score of the season.

SRH made a mockery of the target as they achieved it within 8 overs. Opener Abhishek Sharma played a blistering inning of 47 in the powerplay to take his side closer to the target as quickly as possible. Harshal Patel was able to remove Sharma but the damage was already done. In the end, SRH picked up the easy win by 9 wickets and 12 overs to spare. Jansen picked up the Player of the Match award for his fiery opening spell.