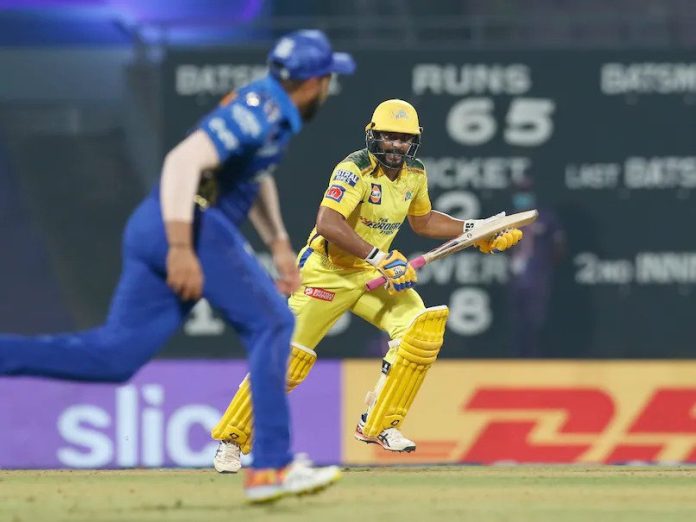 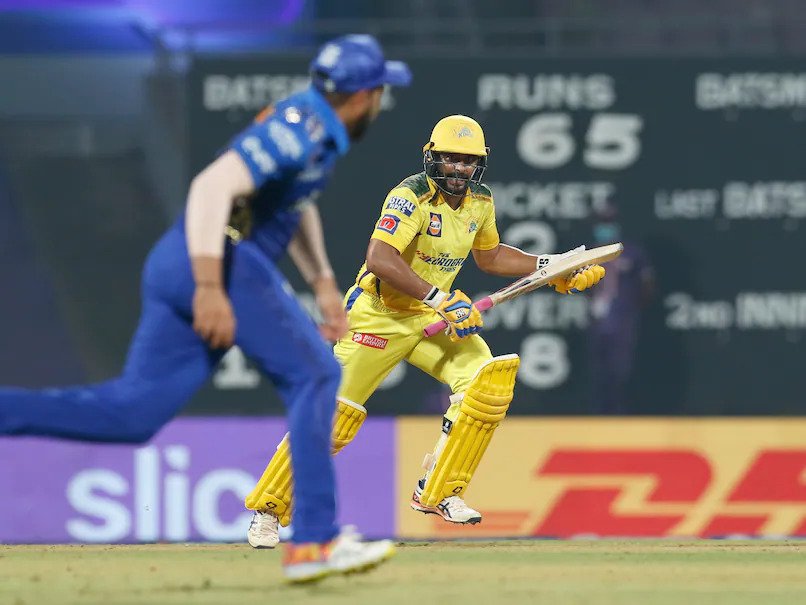 Ravindra Jadeja won the toss and elected to bowl first. Moeen Ali and Chris Jordan were replaced by Mitchell Santner and Dwaine Pretorius.

MI were off to the worst possible start. Rohit Sharma and Ishan Kishan were dismissed without scoring by Mukesh Choudhary in the very first. The chaotic start continued with Suryakumar Yadav playing a flurry of catchy strokes while CSK dropped a couple of catches.

Despite the missed opportunities, CSK struck at regular intervals. Following the wicket of the well-set Suryakumar Yadav, MI were reeling at 47-4. Youngsters Tilak Varma and Hrithik Shokeen steadied the ship with a 38-run partnership in the middle overs.

An inspired field setting, involving a straightish long-off, something which MS Dhoni has pulled off before, sealed the end of Kieron Pollard.

The slew of drop catches continued in the second half of the innings as well. It allowed MI to post 99 runs off the last 10 overs. Varma continued his good form by scoring his second IPL fifty and a valuable cameo by Jaydev Unadkat put MI at 155-7 in the first innings.

In reply, defending the total, Daniel Sams got Ruturaj Gaikwad out off the very first ball of the innings. CSK promoted Mitchell Santner to No.3 in the absence of Moeen Ali, but the move failed as he departed early.

The run rate steadily as wickets continued to fall as well. Robin Uthappa and Shivam Dube had to depart after brief knocks.

Daniel Sams made a strong comeback after picking 4-30 in his spell. Hrithik Shokeen bowled a tight spell while Riley Meredith endured a good debut.

However, MS Dhoni pulled a rabbit out of the hat in the end. CSK required 17 runs off 6 deliveries and the former skipper did what he does best and has done so many times across his long career.