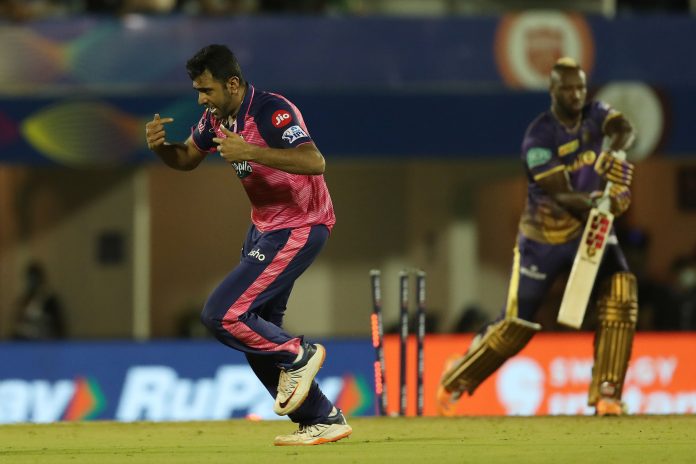 Rajasthan Royals (RR) took on the Kolkata Knight Riders (KKR) in a crucial encounter at the Brabourne Stadium. Jos Buttler and Yuzvendra Chahal’s heroics helped RR to take the two points away from KKR in a thriller. 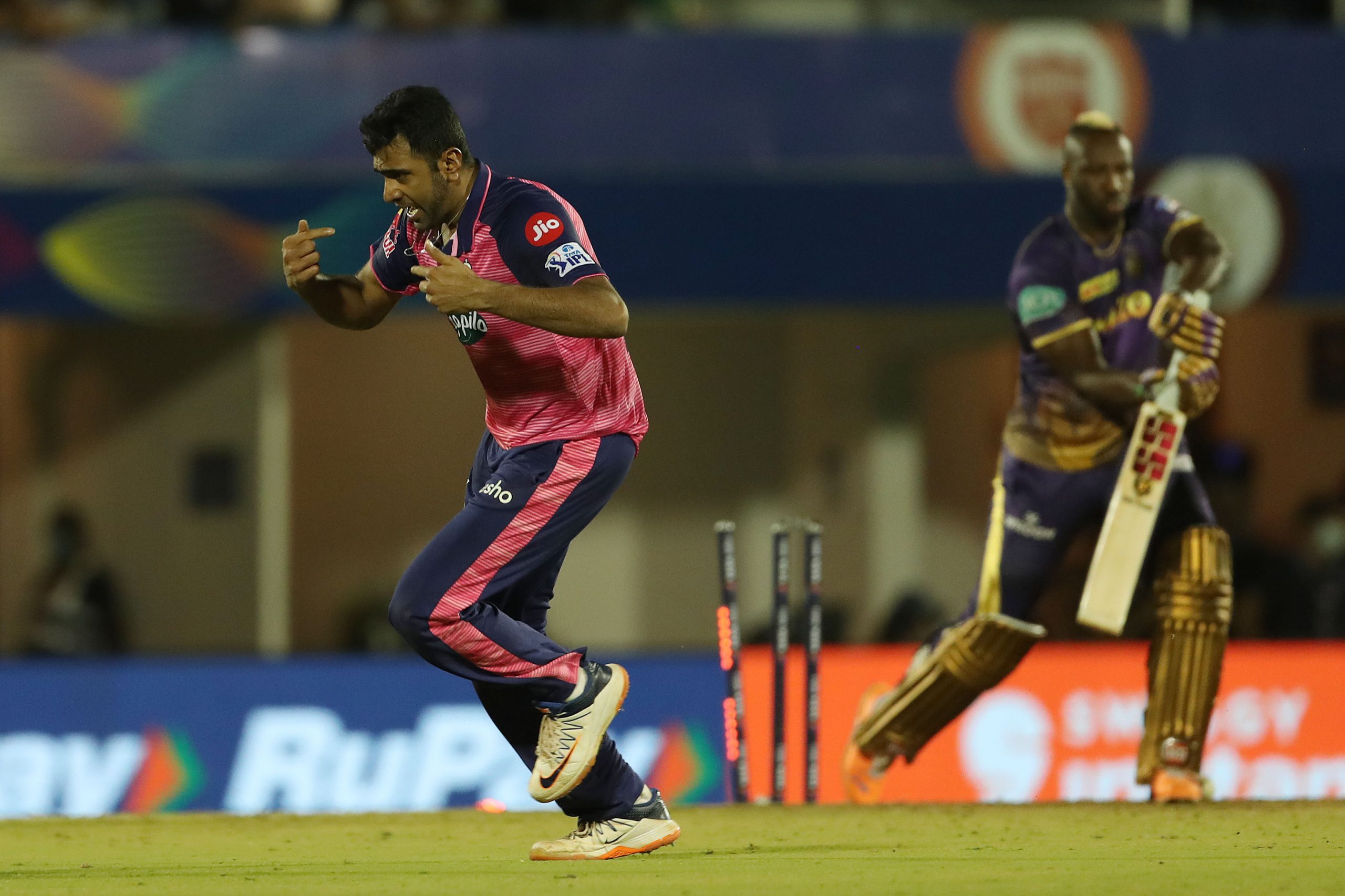 Shreyas Iyer won the toss for KKR and elected to bowl first. The two-time winners made a solitary change to their playing XI from their loss to Sunrisers Hyderabad. Newcomer Aman Khan was slotted out for Shivam Mavi.

On the other hand, Sanju Samson named a trio of changes. Rassie van der Dussen, Kuldeep Sen, and Jimmy Neesham had to make way for Obed McCoy, Trent Boult, and Karun Nair.

The in-form Jos Buttler feasted on the out-of-sorts KKR bowling attack. Scoring off Umesh Yadav, Pat Cummins, and the struggling Varun Chakravarthy, RR raced to 60-0 in the powerplay itself.

Playing his 150th match for KKR, Sunil Narine was the sole bowler who brought control and delivered the first breakthrough as well. The mystery spinner’s knuckleball knocked the bail to dismiss Devdutt Padikkal.

Buttler raced to his second IPL hundred before being dismissed. He scored 103 off 61 deliveries and was well accompanied by Sanju Samson with a cameo.

A sizzling cameo by Shimron Hetmyer, in the end, pushed RR’s total to 217-5 in the first innings.

KKR began their chase on the worst possible note. Trying out a new combination in the form of Aaron Finch and Sunil Narine, the latter got dismissed off the very first ball following a runout.

The pair of Finch and skipper Iyer played fearlessly and their brave approach brought upon 57 runs in the powerplay. The duo went on and attacked the spinners in the middle overs.

The pair recorded their respective half-centuries in quick time and remained ahead of the required run rate. Prasidh Krishna broke the 107-run stand by dismissing Finch for 58.

RR tried to remain in the game with the wickets of Nitish Rana and Andre Russell. However, the well-set Shreyas Iyer made things difficult for RR, with a dropped catch by Samson not helping.

Chahal’s final over completely turned the complexion of the game. He struck thrice in the 17th over, claiming the wickets of Venkatesh Iyer, Shreyas Iyer and Shivam Mavi. He finished the over with the dismissal of Pat Cummins, completing his hattrick in the process.

Despite a late cameo by Umesh Yadav, KKR fell short by 7 runs and slid to their third defeat in a row.