Delhi Capitals (DC) defeated Kolkata Knight Riders (KKR) by 44 runs in a high-scoring contest at the Brabourne Stadium in Mumbai. 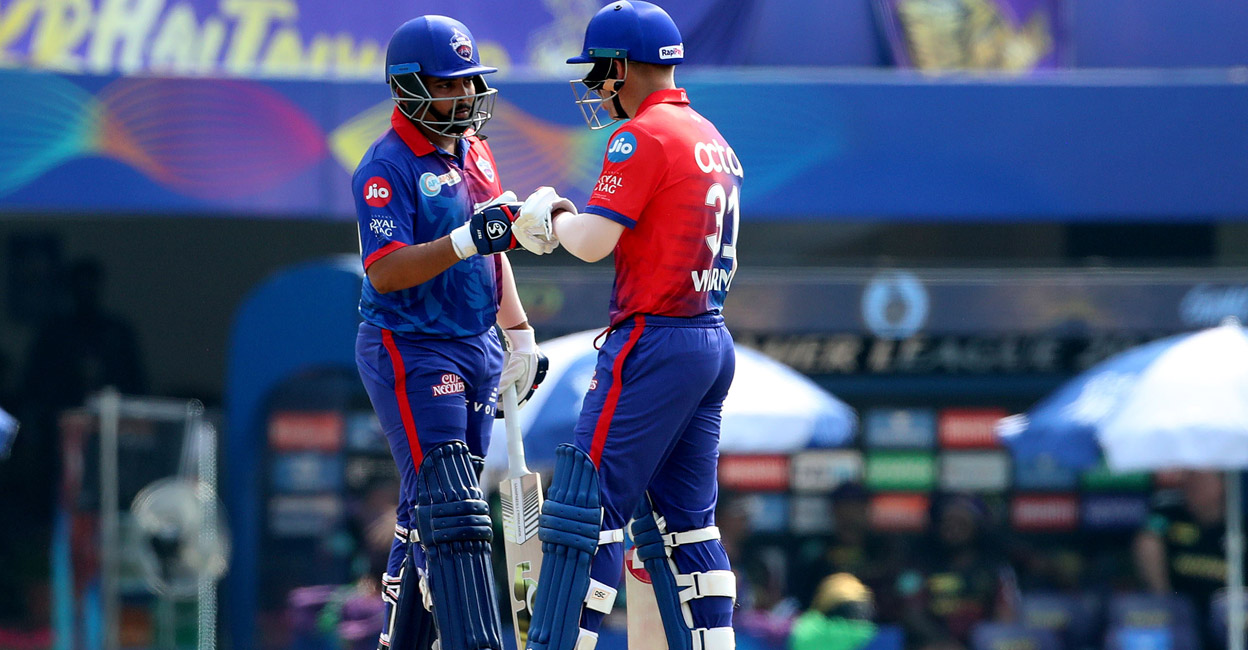 KKR skipper Shreyas Iyer won the toss and went with the trend of fielding first. KKR entered the field with an unchanged XI whereas DC brought in Khaleel for an unfit Anrich Nortje who had a rough game against LSG.

DC openers Shaw and Warner made full use of the excellent batting conditions and made KKR pay with a 93-run opening stand. Both Shaw and Warner notched up half-centuries and gave DC a dream start.

However, DC suffered a mini-collapse in the middle as they scored only 20 runs between overs 12-17 and lost 4 wickets. But Shardul Thakur and Axar Patel provided a strong finish as the duo scored 49 runs off just 20 balls as DC recorded the highest total this season.

Venkatesh Iyer tried to give Kolkata a fiery start with his 18 off 8 balls before Khaleel Ahmed dismissed both the openers in the powerplay. Rana and skipper Iyer’s 69 run stand kept Kolkata in the chase as Iyer brought up his first half-century for KKR before falling to Kuldeep Yadav’s googly.

Kuldeep went on to damage his former team further with the wickets of Pat Cummins, Umesh, and Narine and ended with figures of 4 for 35 in four overs. Khaleel also chipped in with three crucial wickets. In the end, DC proved to be too good for Kolkata in the day contest as they beat the table-toppers by 44 runs.