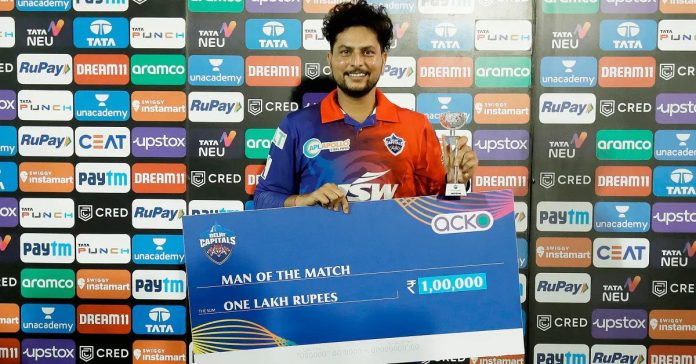 Kuldeep Yadav and Axar Patel were key figures in Delhi Capitals’ (DC) dominant nine-wicket win over Punjab Kings (PBKS) at the Brabourne Stadium. The left-arm chinaman was awarded the player of the match for his spell of 2-24 but chose to share the award with his spin partner. 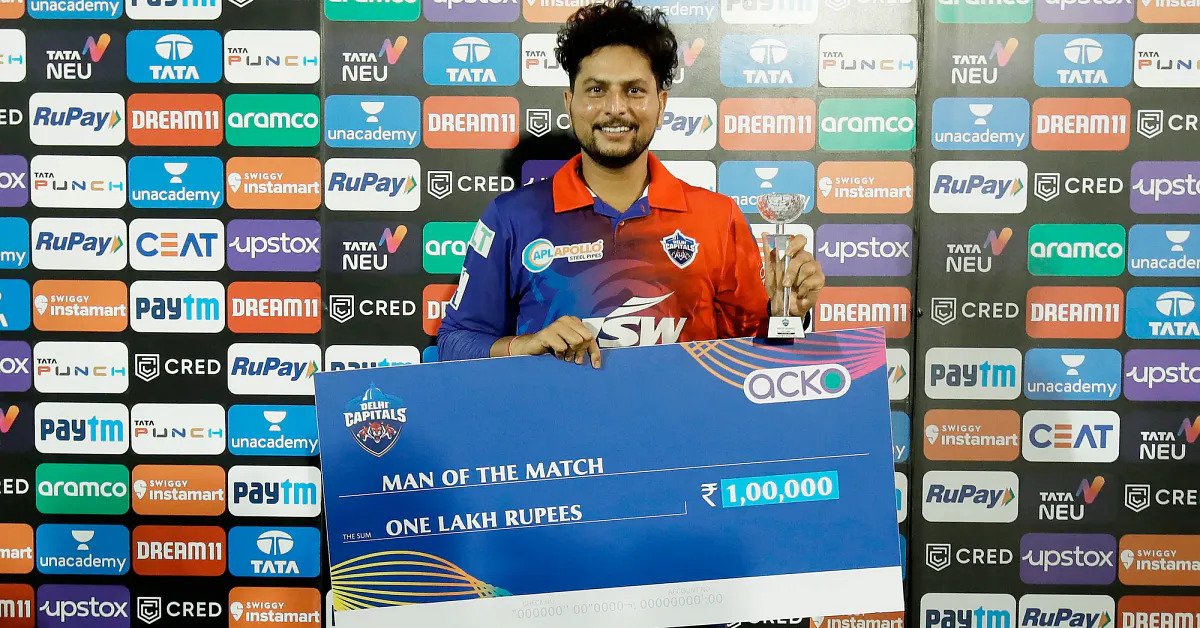 Axar Patel laid the foundation for Kuldeep Yadav to work his magic in the latter stages of the innings. The left-arm spinner notched the key wickets of Liam Livingstone and Jitesh Sharma. On the other hand, his compatriot dismantled the tail order with the wickets of Kagiso Rabada and Nathan Ellis.

Expressing his desire to share the award with Axar Patel instead of taking it for himself, Kuldeep Yadav said during the post-match presentation:

“I would like to share this award with Axar. He bowled well and took important wickets in the middle,”

“I have played a lot against KG (Rabada) and I know he does not move his feet much, my plan was to bowl one chinaman and then the googly. The second wicket was due to Rishabh telling to bowl from round the wicket.”

The left-arm Chinaman has been on song for his new franchise. He is second among the leading wicket-takers in the tournament so far. His tally of 12 wickets is only bettered by his Team India teammate Yuzvendra Chahal.

Speaking about the start with the Delhi Capitals, Kuldeep said:

“To be very honest, I have got plenty of confidence this season and I am also mentally clear with my role. I just focus on my line and length and not on what the batter is going to do. I don’t watch videos now, when you are very confused you watch videos to see what a batter might do. I am enjoying my bowling after a long time and the credit goes to Rishabh for backing me”

Despite a COVID crisis behind the scenes, DC played a near-perfect game to defeat PBKS in a dominant fashion. The bowling attack were the architects behind the crucial win, the third in a row at the Brabourne. The batters then went on to ensure that they won the contest with plenty of time remaining, boosting their net run rate.