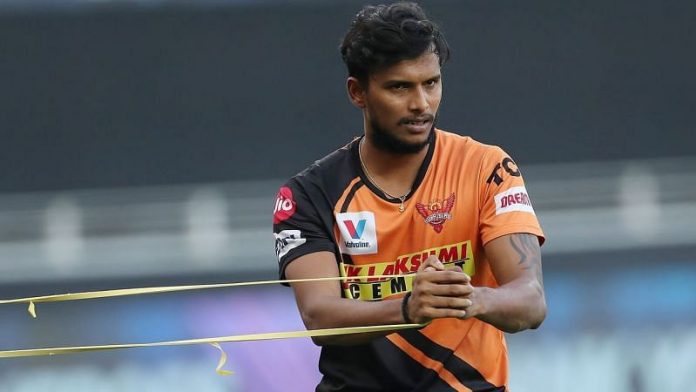 T Natarajan, who is the Sunrisers Hyderabad paceman is set to miss the rest of the ongoing IPL season due to a knee injury he had previously sustained during India’s tour of Australia. He will be requiring to undergo knee surgery as well.

T Natarajan opens up on his disheartening injury 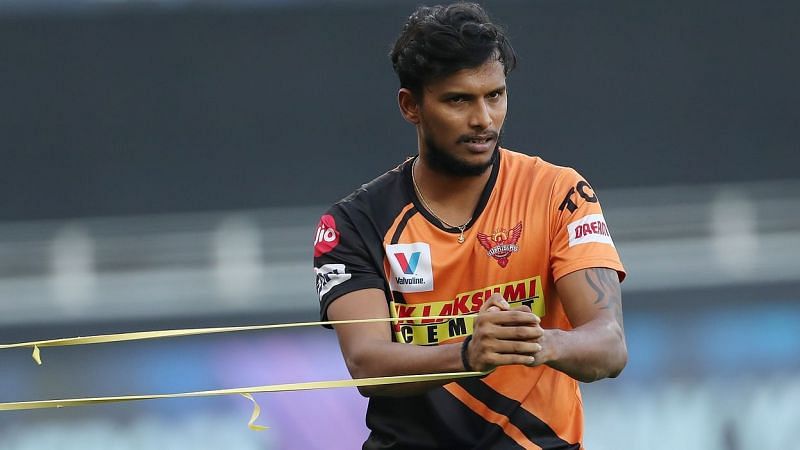 Natarajan had played only a couple of games out of the four for his side, Sunrisers Hyderabad this season. The injury he suffered while playing against the Aussies has come back to haunt him now and it is understood that he never fully recovered from the injury. The 30-year-old spoke about his injury in a video posted by Sunrisers Hyderabad on its official twitter handle.

He said: “I am sad to miss the remaining games (this IPL). Since I played well last season and went on to play for India, my expectations were high. Unfortunately, I have to undergo knee surgery and will miss this season.”

He added: “I have no words to say right now. I wish Sunrisers to go out and win every game this season. Best wishes.”

🗣️ "I'm sad to miss the remaining games this season."@Natarajan_91 has been ruled out of the tournament due to injury and we along with the entire squad wish him a speedy recovery 🧡#OrangeOrNothing #OrangeArmy #IPL2021 pic.twitter.com/b4mzS3Rfrp

It is still unknown when the surgery will take place as he did not reflected on it. A BCCI source had recently said that the pacer had gone for rehabilitation at the NCA (National Cricket Academy). Though he was declared fit to make a return against England, he was not 100 per cent match ready.

The BCCI source added: “Now he could be out for a longer period as he had rushed his comeback without doing proper rehab.”

Natarajan gained popularity in a very short period of time after he was given a chance into the International squad. His brilliant performances in the death overs during the last IPL had earned him a spot to play in all three formats for India in Australia.

It is to be seen when the surgery is set to take place and how long the paceman will be out of action. Fans are wishing for a speedy recovery as everyone is eager to see him back on the pitch.