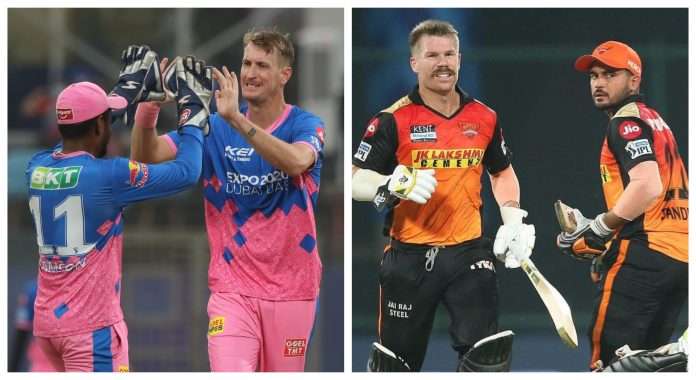 The IPL 2021 season, the 14th edition of the cash-rich cricket league has its 28th match on 2nd May when Rajasthan Royals will take on SunRisers Hyderabad at the Feroz Shah Kotla in Delhi.

RR have managed only two wins so far this season and in their previous fixture, they were battered by MI on Thursday. After Jos Buttler (41) and skipper Sanju Samsons’ (42) efforts put their total at 171, the bowlers failed to stand a chance against Mumbai’s batting.

Except for Chris Morris’ double strike, RR found no luck in the 2nd innings and lost the game with 9 balls remaining. Their current NRR is -0.690 which is the worst in the league table.

SRH are losing games one after another and with only two points, are down at the bottom of the table. Their Wednesday clash against CSK saw some impressive batting from David Warner (57) and Manish Pandey (61), but the total of 171 was just a task impossible for the Hyderabad bowling squad.

Rashid Khan was the lone man out with picking three out of three Chennai wickets but the rest of the SRH bowling bit the dust against MS Dhoni and co’s batting lineup as they reached the target in the 19th over.

Rajasthan Royals are the underdogs and are priced at 2., meaning if you bet ₹100 on them and if they win the match, you’ll be making ₹200.

SunRisers Hyderabad are priced at 1.90 and are the favourites. Betting ₹100 on them will earn you ₹190 if they come out as winners.

With the current series of losses, the SRH management have decided to swap Warner’s captaincy with Kane Williamson, the New Zealand skipper who has a win percentage of 53.84 for SRH and is expected to bring the team back to winning ways.

RR have the lowest NRR among all teams at the moment and a defeat will put them at the bottom of the table so a proper fightback from Samson and company is expected.

SunRisers Hyderabad will win the match.