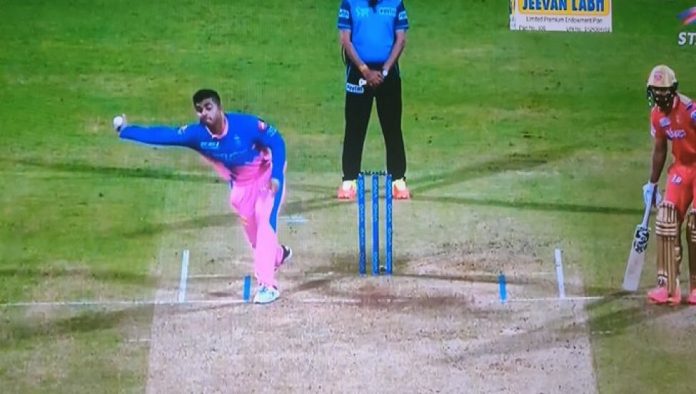 Riyan Parag was introduced into the attack in the tenth over as Punjab Kings threatened to go big with the building partnership of Chris Gayle and KL Rahul. 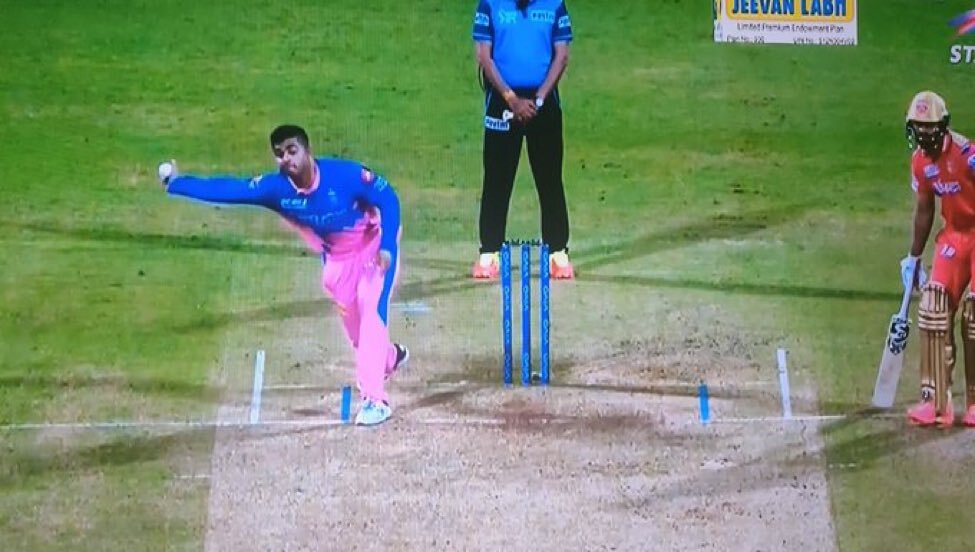 The all-rounder threw Chris Gayle off his rhythm by bowling almost an underarm delivery coming around the wicket. While the action heavily resembled that of Kedar Jadhav, the release point was much lower and possibly the lowest ever a legal delivery can be.

As a result, he was warned by the umpire while the commentators also noted that the release point cannot get any lower than that. Take a look at the delivery below.

Should this delivery from Riyan Parag have been ruled illegal? Vote below 👇 #IPL2021pic.twitter.com/nD0coS7Oeg

The ploy of introducing Parag into the attack by skipper Sanju Samson, despite the two first-choice spinners Shreyas Gopal and Rahul Tewatia being in the eleven, worked as he managed to scalp the wicket of Gayle with the penultimate delivery of the over.

Gayle failed to time the ball which was arguably in his arc, and the resultant shot was stunningly grabbed by Ben Stokes in the deep, who proceeded to hurt his finger in the process.

Punjab Kings are currently poised at 109-2 after the end of 12 overs. Skipper KL Rahul is inching towards a fifty with new batsman Deepak Hooda settling in at the other end.