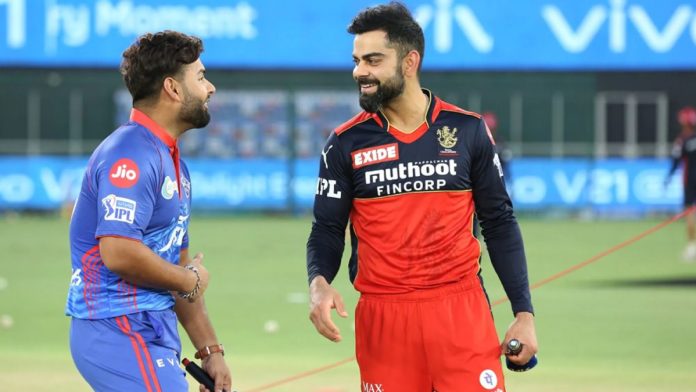 The Royal Challengers Bangalore (RCB) will take on the Delhi Capitals (DC) in the 56th and final group stage match of the Vivo Indian Premier League (IPL) 2021 on Friday at the Dubai International Cricket Stadium in Dubai. It will be one of two matches played simultaneously and it has been done to prevent an advantage to any team relating to NRR calculations.

RCB are coming into this game off a narrow four-run defeat to SRH. They have a chance of making the top-two. But the chances diminished after an astonishing defeat to SRH.

RCB’s middle overs and death bowling has been their biggest strength this season, with Harshal Patel leading from the front. He has had an excellent season. The all-rounder has performed a role similar to Washington Sundar’s and restricted the batters to score and also picked up some key wickets.

Signing Maxwell was one of RCB’s biggest successes last season and he is likely to be the key man for RCB heading in the playoffs and in this match as well.

DC beat CSK by three wickets in their last game. DC have sealed their place in the top two, and will play in Qualifier 1. Therefore, they could use this game to rest some of their key players.

They have had one of the most balanced squads this season. Axar Patel and R Ashwin have done an excellent job while Avesh Khan is one of the best-uncapped players in the league.

Their batting line-up has received a boost after the return of Shreyas Iyer. Shimron Hetmyer is also settling the squad.

RCB and DC are two well-matched sides and there isn’t much to differentiate between them Virat Kohli’s side missed out on a win that raised doubts for a top-two finish. So they’ll want to enter the playoffs with winning momentum and they could emerge victorious in this clash.