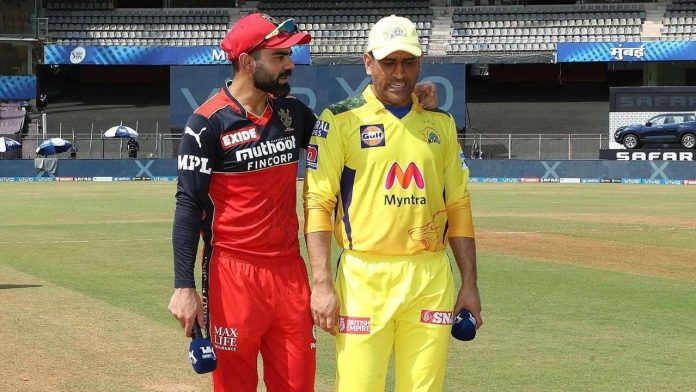 The Royal Challengers Bangalore (RCB) will take on the Chennai Super Kings (CSK) in the 35th match of IPL 2021 on Friday, 24th September, at the Sharjah Cricket Stadium.

RCB are heading to the game with a loss on their back against the Kolkata Knight Riders. They were defeated by nine wickets and saw a dip in the NRR. After RCB lost skipper Virat Kohli early against KKR, their batting lineup collapsed after the Powerplay. Their middle-order batting after AB De Villiers looked weak, and Glenn Maxwell’s form in the UAE has also taken a downside.

While, CSK made a turnaround from their poor start in their match against the Mumbai Indians as they went on to beat them by twenty runs.

CSK’s batting order also collapse against MI and they will eyeing to improve that aspect of the batting depatment .Adam Milne and Trent Boult ran through their top order, with Ambati Rayudu retiring hurt. Ruturaj Gaikwad tallied a blistering 88 runs as runs from DJ Bravo and Ravindra Jadeja took CSK to a decent total.

CSK are priced at 1.80 and are the favourites. Betting ₹100 on them will earn you ₹180 if they come out as winners.

CSK are apparently more composed between the two teams in terms of their team combination. Their middle-order is one of the strongest in the league, and RCB’s look a bit weak. However, RCB’s Tim David will be the batter to keep an eye on, while CSK’s All rounder DJ Bravo would be eyeing to replicate his bowling performance from the last match.

CSK will win the match.