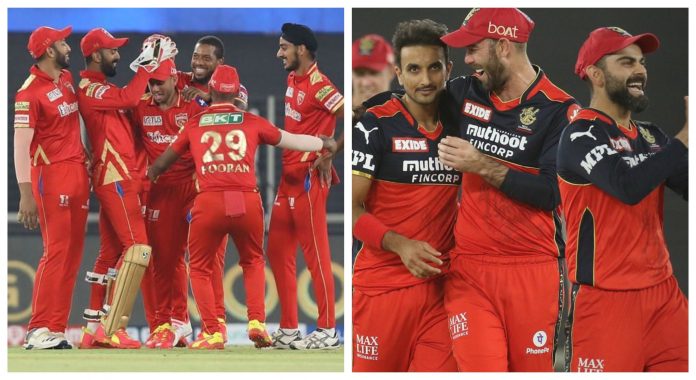 The IPL 2021 season, the 14th edition of the cash-rich cricket league has its 26th match on 30th April when Punjab Kings will face Royal Challengers Bangalore at the Narendra Modi Stadium in Ahmedabad.

PBKS are in dire need of wins and have been sporadic in their performances. Following a win over defending champions MI, the KL Rahul-led side fell against a struggling KKR, failing to defend a lackluster total of 123.

The Punjab batting order struggled to get into double-digit scores while the bowlers failed to contain KKR as the latter reached the target in the 17th over with five wickets in hand.

With five wins out of their six games so far, RCB has been on a tussle with CSK for the top spot of the league table. In their most recent fixture, Bangalore edged out DC by just a margin of a single run, defending their total of 171 runs down to the final ball of the game.

The evergreen AB de Villiers showed his natural batting prowess with a 42-ball-75, while the bowling squad, although having a hard time halting the Delhi batting order, saw Harshal Patel picking two wickets.

Punjab Kings are priced at 2.22 and are the underdogs. Betting ₹100 on them will earn you ₹222 if they come out as winners.

Royal Challengers Bangalore are the favourites and are priced at 1.74, meaning if you bet ₹100 on them and if they win the match, you’ll be making ₹174.

RCB are slowly closing in on securing a playoff spot and will go hard against the struggling PBKS with their rich batting and bowling form. The Ahmedabad pitch has been a boon to batsmen so a high-scoring game is expected to go down and the advantages will be on Virat Kohli and the company.