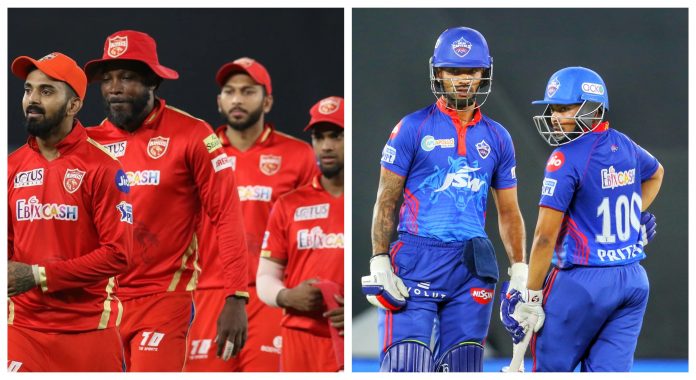 The IPL 2021 season, the 14th edition of the cash-rich cricket league has its 29th match on 2nd May when Punjab Kings will lock horns against Delhi Capitals at the Narendra Modi Stadium in Ahmedabad.

PBKS are starting to gain some momentum in the campaign after their stunning win over the in-form RCB squad on Friday. After KL Rahul’s stormy unbeaten 91-off-57 and Chris Gayle’s 46-off-24 put Punjab’s total at 179, the bowlers did their part in the 2nd innings.

After their narrow one-run loss against RCB, Delhi Capitals reverted to winning ways against KKR on Thursday. The joint effort from the DC bowling squad with Axar Patel and Lalit Yadav both picking two wickets each got Delhi a target of 155.

Prithvi Shaw opened up the chase with a swashbuckling 82-off-41, with the backing of Shikhar Dhawan (42) as well as skipper Rishabh Pant’s quick hits towards the end that saw DC sweeping up a win at the 17th over.

Punjab Kings are priced at 2.15 and are the underdogs. Betting ₹100 on them will earn you ₹215 if they come out as winners.

Delhi Capitals are the favourites and are priced at 1.75, meaning if you bet ₹100 on them and if they win the match, you’ll be making ₹175.

PBKS will have regained some confidence thanks to their victory over RCB, and with the Ahmedabad pitch proven to be beneficial for batting, Rahul and Gayle are expected to paddle big scores for the team.

However, DC’s batting performance has been far more consistent, with Shaw and Dhawan leading the charge and their dependable captain providing the additional firepower. Avesh Khan has proven himself to be brilliant this year and Yadav, coming in to replace Ashwin, showed impressive bowling figures, which can give them the edge.

Delhi Capitals will win the match.