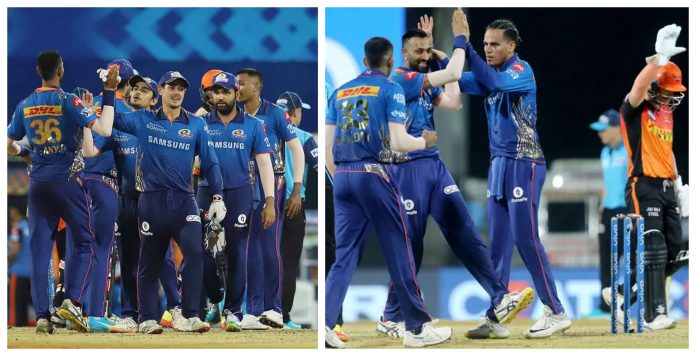 The cruel, vexing Chepauk strip awaited Sunrisers Hyderabad (SRH) and Mumbai Indians (MI) in a first fixture of the third leg of the competition. SRH”s struggles while chasing continued as MI wrapped up a 13-run win to win two in a row now. 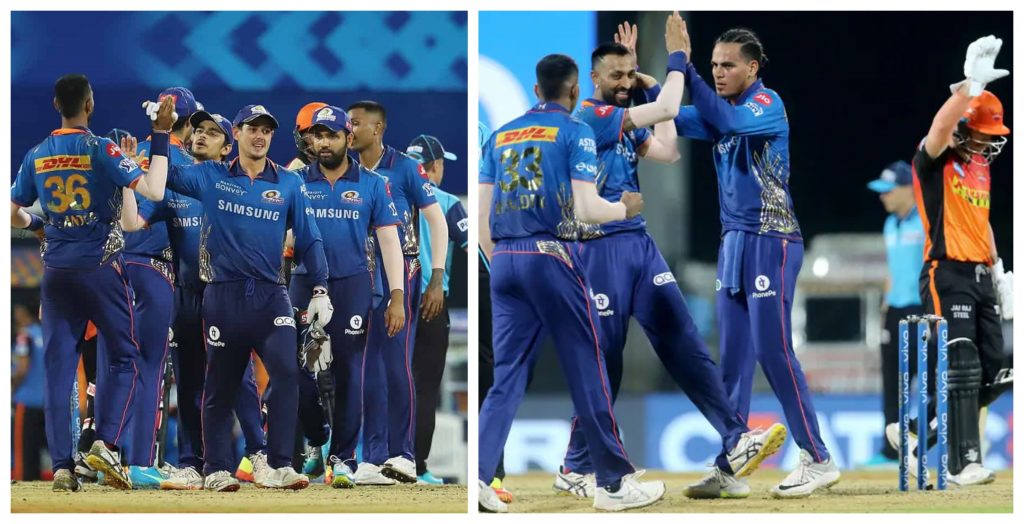 SRH made a staggering four changes to the line-up that were defeated by RCB. T Natarajan, Wriddhiman Saha, Shahbaz Nadeem, and Jason Holder were all replaced with Khaleel Ahmed, Virat Singh, Abhishek Sharma and Mujeeb-ur-Rahman respectively.

The Chepauk wicket so far has been the best to bat when the ball is new, which makes the powerplay the ideal duration to stack up some runs. The MI opening pair did just that and amassed 53 runs in the powerplay.

Vijay Shankar (2-19) delivered the breakthrough three deliveries after the end of the powerplay. Rohit Sharma (32) found the fielder in the deep to bring his innings to an early end.

Suryakumar Yadav (10) entered the fray with some flashy shots but was dismissed two overs later by Shankar once again.

de Kock (40) dug in during the middle overs, but his almost run-a-ball vigil was ended by Mujeeb (2-29). Ishan Kishan (12) struggled to get going, and the spinner struck once again to leave MI at a precarious position of 114-4 after 17 overs.

While batting in the death has not been the easiest task by any means on this pitch, Pollard (35) used his experience which favoured him in the end. Bhuvneshwar Kumar’s (0-45) dismal evening was capped off by the all-rounder who hit two consecutive sixes to finish the innings off at 150-5, a good total on this surface.

SRH began the run chase on a near-perfect note. Jonny Bairstow (43) took the overseas bowling apart in the powerplay in ruthless fashion. Stacking up 57 runs in the Powerplay, SRH were in a comfortable position before the inevitable struck.

Bairstow was adjudged out by hit wicket which brought his whirlwind innings to an unfortunate end. Manish Pandey (2) returned back to the pavilion soon, while David Warner (36) became the fourth captain to be run out in the first week of the competition.

All of a sudden, SRH found themselves at 90-3 in the 12th over following Hardik Pandya’s direct hit to dismiss the skipper.

Tight bowling by Jasprit Bumrah (1-14) combined with the skilful bowling by Rahul Chahar (3-19) and Trent Boult (3-28) swept over the fragile SRH middle order and finish the contest in their favour to hand SRH their worst ever start to a campiagn.