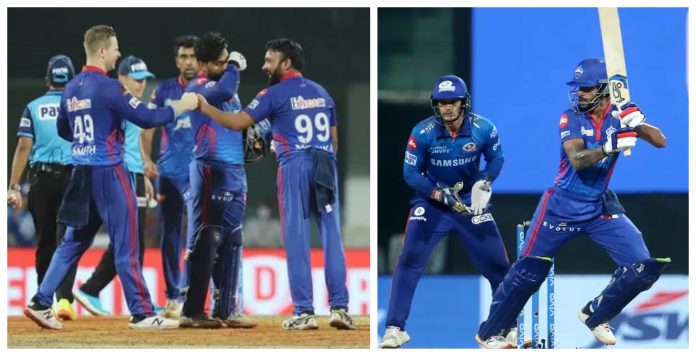 It was a major switch of conditions for the Delhi Capitals (DC) as they headed down the south to face the defending champions Mumbai Indians (MI). 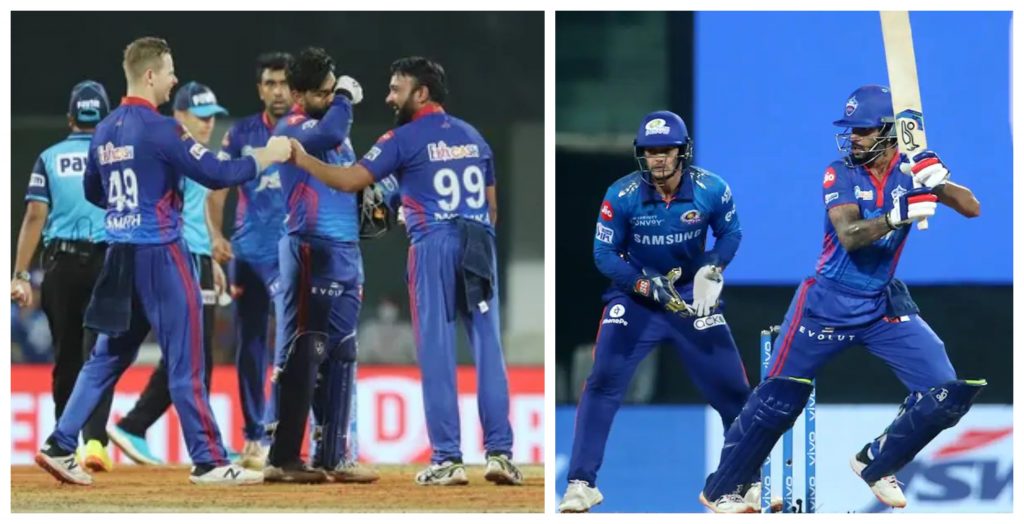 Rohit Sharma won the toss for MI and opted to bat first. He announced a solitary change to the side that came away victorious against Sunrisers Hyderabad. MI opted to play an additional spinner, Jayant Yadav, in place of Adam Milne.

Coming in from the Wankhede, DC also altered their team chemistry by roping in Shimron Hetmyer and Amit Mishra into their playing eleven.

The trend of successful powerplay for the batters infused with the odd wicket has been the trend at Chepauk. The pattern was seen once again as MI raced off to 55 runs in the powerplay with the only damage being the fall of Quinton de Kock (1) in the third over to Marcus Stoinis (1-20).

The Australian all-rounder was handed the new-ball responsibilities due to the starking difference in the conditions.

Suryakumar Yadav (24) once again failed to capitalise on a start. A harmless delivery by Avesh Khan (2-15), which was edged to Pant, ended his stay at the crease.

While it has been stressed that one of the top-order batsmen has to stick around until the end, on such a surface, set-batsman Rohit Sharma (44) holed out to long-on off Amit Mishra’s floated delivery.

Hardik Pandya (0) followed suit two balls later in the same fashion. Spin continued to assert over the middle overs with the dismissal of Krunal Pandya (1), who was bowled by Lalit Yadav.

The defending champions aimed to get close to the par total. The hope lied on the shoulders of Ishan Kishan (26) and Jayant Yadav (23). The duo struck a 39-run partnership for the 7th wicket before an unfortunate dismissal ended things and gave Mishra, his fourth scalp.

MI ended the innings at 137-9 after a tight over by Avesh Khan, in the end, to close things off.

From chasing in the dew-laden Wankhede, DC batsmen had the task to chase in the dry slow track of Chennai.

Shikhar Dhawan (45) received an early reprieve as the catch taken by Pandya inside the ring was adjudged not out by the third umpire. Spin made an instant impact in the form of Jayant Yadav (1-25), delivering the wicket of Prithvi Shaw (7) in a simple caught and bowled.

The left-handed opener led the chase for DC. Steve Smith’s (33) composure helped the team stick through in the middle overs before Pollard struck him LBW.

Lalit Yadav was promoted up the order and rotated the strike as Dhawan unfurled his strokes. The Orange Cap holder missed out on a half-century which brought in skipper Rishabh Pant (7).

Bumrah stepped up to the task and removed the dangerous batsman to instil hope in the MI camp.

DC needed 15 runs to win off the last 2 overs as Hetmyer survived a couple of close calls off Boult’s final over. Bumrah stepped up with his final over to bowl the penultimate over of the chase.

The pacer started the over with a no-ball, he followed it up with another one to hand DC valuable runs to close in on the target. Despite not conceding a boundary, the usually reliable Bumrah conceded 10 runs to reduce the equation to 5 runs off the final over.

Pollard, entrusted to bowl the final over could only hold on for a solitary delivery as DC registered their third successful run chase.