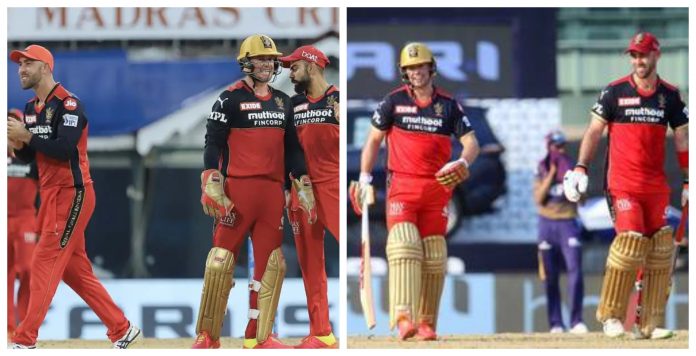 The first double-header in the 14th edition of the IPL finally dawned upon, and it was Royal Challengers Bangalore (RCB) who took on the Kolkata Knight Riders (KKR). RCB managed to win the first three matches of an edition for the first time and remained the only unbeaten team in the competition so far. 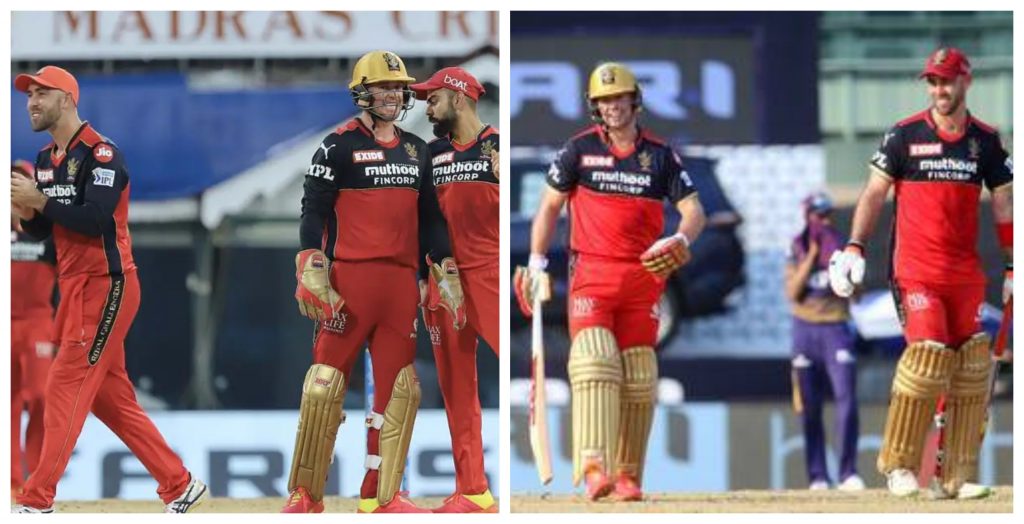 Virat Kohli won a toss against Eoin Morgan in his eighth attempt after a flurry of failures during their recent International meet up. The RCB skipper opted to bat in the first day game of the tournament. The table-toppers only played 3 overseas players by dropping Daniel Christian for Rajat Patidar.

KKR played the same eleven that suffered a shocking defeat against Mumbai Indians, a few days back.

Varun Chakravarthy struck twice in the second over to dismiss Virat Kohli and Rajat Patidar. Struggling at 9-2, Devdutt Padikkal began the rebuild with Glenn Maxwell at the other end.

The young opener played the anchor while the Big Show got the scoreboard ticking at the other end. The former got out while trying to escalate after getting his team to a comfortable position.

KKR bowlers were taken apart in the death overs as Glenn Maxwell and AB de Villiers put on a show Harbhajan Singh and Andre Russell proceeded to concede 46 in the last three overs. The fifties from the overseas duo took them to 204-4 after 20 overs.

Shubman Gill and Nitish Rana got the chasing side to a decent start. However, the youngster let his guard down after a couple of solid shots to bring Rahul Tripathi to the crease.

Tripathi got going from ball one before getting out in the final ball of the powerplay to Washington Sundar.

Orange Cap holder, Nitish Rana, was the next to depart as he found the fielder in deep midwicket to hand Yuzvendra Chahal his first wicket.

KKR’s middle-order crisis prolonged with a short stint by Dinesh Karthik and a patchy knock by Eoin Morgan.

A late cameo by Andre Russell delivered hope, but it was quashed by Mohammad Siraj and Harshal Patel in the death overs.

This marked an end to KKR’s Chennai leg. They bowed out on a losing note by 38-runs.