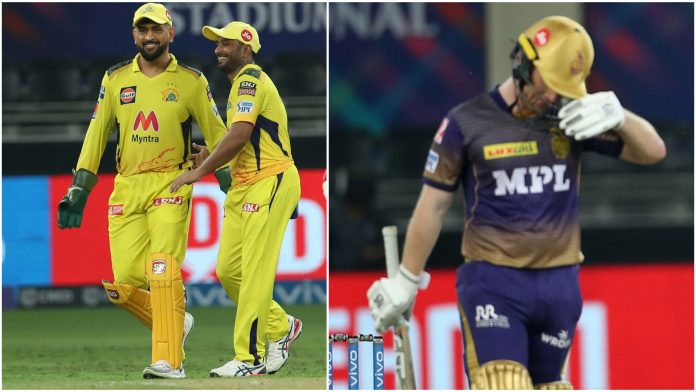 The exciting 2021 edition of the cash-rich tournament Indian Premier League(IPL) concluded as the Final saw a huge battle for the IPL trophy. Champions as Chennai Super Kings (CSK) defeated Kolkata Knight Riders (KKR) by 27 runs in a summit clash on Friday at the Dubai International Cricket Stadium in Dubai. KKR skipper Eoin Morgan won the toss and opted to bowl. Both sides came into the match without making any changes to their respective playing XIs. The MS Dhoni-led outfit has been in fantastic form this year after a poor campaign last season. The Eoin Morgan-led franchise defeated Royal Challengers Bangalore (RCB) in the Eliminator by four wickets and then followed it up with a three-wicket victory against Delhi in Qualifier 2.

CSK openers Faf Du Plessis and Ruturaj Gaikwad gave a strong start as they stitched a 61-run opening stand. Faf du Plessis went on to slam a 35-ball half-century to put CSK on top while his partner Ruturaj Gaikwad scored 32 off 27 balls before being dismissed. Du Plessis was dismissed at 86 runs. KKR got the breakthrough in the game as the West Indies ace spinner dismissed Gaikwad, who had been in terrific form recently, and the orange cap winner.

Robin Uthappa walked into the middle and hit some big shots to keep the run-rate up. He was dismissed for 31 off 15 balls by Sunil Narine as well. Moeen Ali paired well with Du Plessis and CSK finished the innings with 192/3 on the board.

Coming on to bowl, the CSK bowlers have been in brilliant form with Shardul Thakur bagging three wickets. Meanwhile, Josh Hazlewood and Ravindra Jadeja also took a couple of wickets each. KKR openers Shubman Gill 51(43) and Venkatesh Iyer 50(32) made a solid start to their innings and stitched a good partnership.

But, soon after Venkatesh Iyer was dismissed, the momentum slumped. The fall of wickets in a short period of time raised concerns for Eoin Morgan’s side. The middle-order stumbled and the match gradually went out of their hands and ultimately were defeated by CSK, who lifted the trophy for the fourth time.