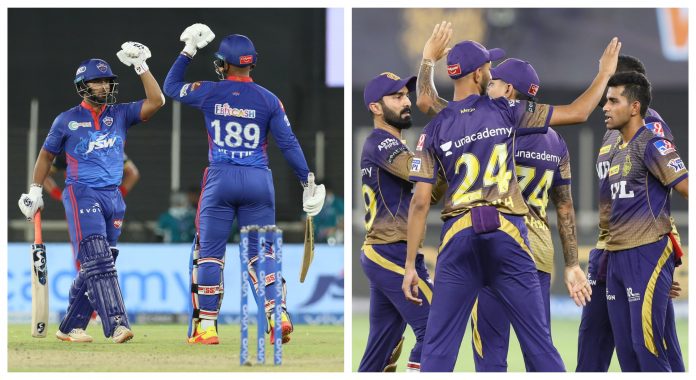 The IPL 2021 season, the 14th edition of the cash-rich cricket league has its 25th match on 29th April when Delhi Capitals will take on Kolkata Knight Riders at the Narendra Modi Stadium in Ahmedabad.

From winning the Super Over against SRH, DC remained just one run away from victory in their chase against RCB, narrowly missing another possible win. After Bangalore put up a score of 171, the Delhi batting order banked on their skipper Rishabh Pant and Shimron Hetmyer’s unbeaten partnership that paddled them close to their target score.

Pant scored 58-off-48, while Hetmyer posted a swift 53-off-25 to get to 170 runs with still six wickets at hand. While it looked to be another Super Over showdown for DC, Pant’s back-to-back fours in the last two balls against Siraj in the final over still kept them two runs short of a win.

After four consecutive losses, Kolkata Knight Riders redeemed themselves with a victory against PBKS on Monday, thanks to a brilliant bowling performance in the first innings that halted the high-scoring Punjab batting order to 123 runs with Prasidh Krishna picking three scalps.

Rahul Tripathi took the helm in the chase, landing a quick 41-off-32 and the skipper Eoin Morgan followed up with his unbeaten 47 as Kolkata was able to win the game in the 17th over by 5 wickets.

Delhi Capitals are priced at 1.75 and are the favourites. Betting ₹100 on them will earn you ₹175 if they come out as winners.

Kolkata Knight Riders are the underdogs and are priced at 2.20, meaning if you bet ₹100 on them and if they win the match, you’ll be making ₹220.

The win over PBKS is expected to boost KKR’s confidence ahead of the clash and a win will get them to a more comfortable position to enter the top four. However, the loopholes in their batting and bowling have been clear in their previous matches which DC will look forward to exploiting.

It will be a victory for Delhi Capitals.