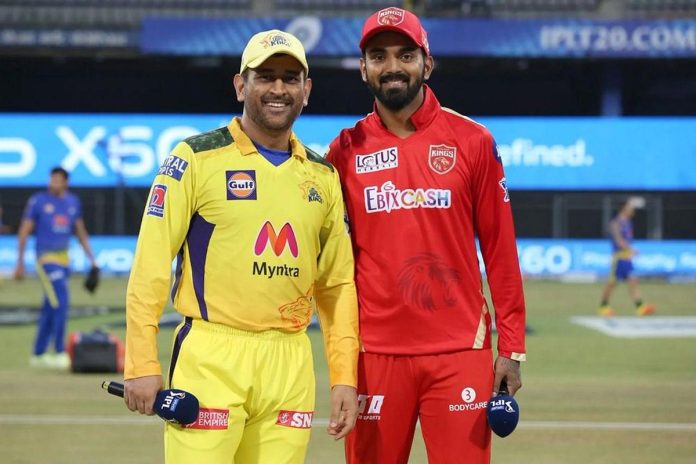 In the first match of the weekday doubleheader, Chennai Super Kings (CSK) take on the Punjab Kings (PBKS) in the 53rd match of Vivo Indian Premier League 2021 on Thursday, October 07, at the Dubai International Cricket Stadium in Dubai.

CSK are heading into the match after a defeat to Delhi Capitals. CSK have lost consecutively and their chance to make it to the top two is in jeopardy.

CSK had lost by three wickets with two balls to spare in a low-scoring contest against DC.  After being put in to bat by DC, CSK strived to deal after their highly successful opening partnership was broken early.

Skipper MS Dhoni came in to bat in the ninth over to join Rayudu, and the duo remained at the crease till the allotted 20th over. However, the slow wicket made it tough to get runs, and CSK could only get to 136/5 in 20 overs.

However, an excellent bowling performance gave CSK a shot at winning and sealing their place in the top two. But a dropped catch of Shimron Hetmyer in the 18th over proved to be costly, with DC eventually getting over the line in the last over.

PBKS are coming into the match after a loss to Royal Challengers Bangalore (RCB). PBKS’ loss to RCB has apparently knocked them out of the tournament. PBKS were unsuccessful in the run-chase against RCB. Moises Henriques’ excellent spell helped them restrict Virat Kohli’s side to 164/7.

PBKS failed to get the upper hand with a good start and fell short of the total by six runs. The defeat has made qualifying near impossible for them.

SRH are priced at 2.30 and are the underdogs. Betting ₹100 on them will earn you ₹230 if they come out as winners.

PBKS have lost eight out of 13 matches and would be trying to get a win against CSK. MS Dhoni’s CSK is the stronger team on paper, while KL Rahul’s inconsistent side might change the complexion of the game anytime. They won their previous match in Dubai and could be triumphant against CSK.

PBKS will win the match.