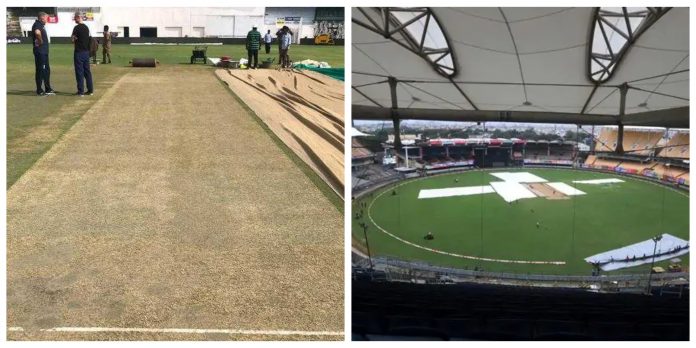 The tracks in Chepauk came under scrutiny during the test match series against England. In the first test, the pitch failed to provide any assistance for the spinners or the pacers which prompted the curators to switch things up.

To avoid such a case again, the curators are said to have prepared the pitches for the tournament using black soil instead of the usual red soil. The black soil, which contains more clay will aid the spinners, but the curators are cautious of the degree of turn that will be offered.

“We have prepared eight wickets out of which two are of red soil. But we have decided against using the red-soil wickets since they disintegrate faster. We want to give teams sporting wickets so that we can have high-scoring and entertaining games”, an official from TNCA said

TNCA secretary RS Ramasaamy stated to TOI that the association are prepared to host the games which are being contested amid the surging second wave of the pandemic.

“We have followed strict Covid protocols and vaccinated all of our staff. Members and staff without a mask are not allowed entry. If someone’s temperature is a degree above normal, they are barred from entering the stadium,” he said

The curators at the ground had prepared a black soil pitch for the second test against England, which India proceeded to win with ease. The fixtures in Ahmedabad had also observed a shuffle between red soil and black soil wickets.

Mumbai Indians, Sunrisers Hyderabad, Royal Challengers Bangalore and Kolkata Knight Riders are the franchises that will contest their matches at the Chepauk in the first leg of the tournament before the venues change.

Local team Chennai Super Kings won’t be playing any of their games in the MA Chidambaram Stadium with the IPL scheduling the fixtures in a way that no team gets a home advantage.

Mumbai Indians and Royal Challengers Bangalore will kick off the tournament tonight at the Chepauk. The Virat Kohli led side had contested in an opening game at the Chepauk two years back, where they collapsed for 70 and lost by 7 wickets.