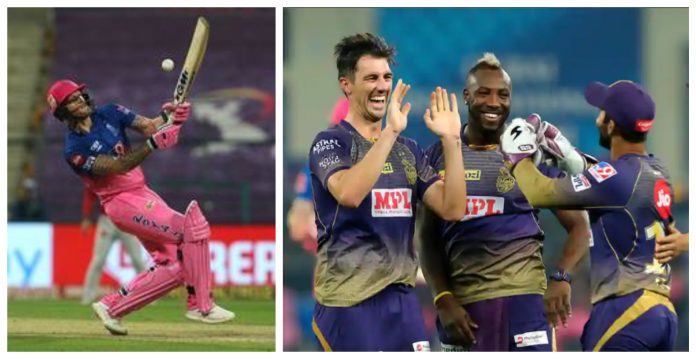 In the final weekend group stage fixture, Kolkata Knight Riders took on Rajasthan Royals in a virtual quarter-final of sorts. Riding on captain Morgan and Pat Cummins’ heroics, the two-time champions were able to knock Rajasthan Royals out of contention for a prospective playoff position.

Having chased down totals in excess of 185 in their last 2 games quite convincingly, Rajasthan Royals elected to bowl first after winning the toss while naming an unchanged eleven. Eoin Morgan named 2 changes for the crucial encounter where Lockie Ferguson and Rinku Singh paved way for Shivam Mavi and the returning Andre Russell. 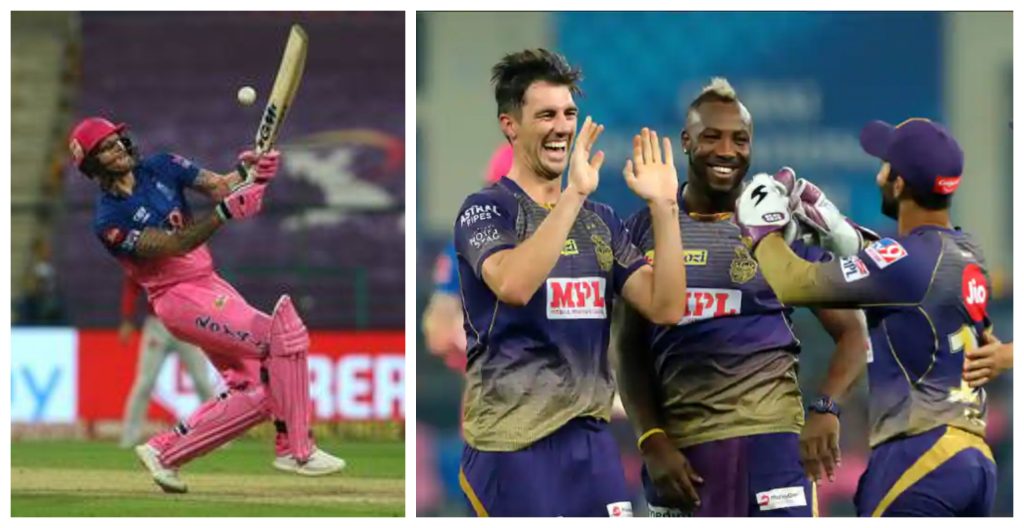 In-form Jofra Archer struck straightaway as he sent back Nitish Rana for a first ball duck. Shubhman Gill and Rahul Tripathi rescued Kolkata Knight Riders from their early setback by getting 55 runs in the powerplay. Their 72 run-stand was brought to a conclusion by Rahul Tewatia who orchestrated a sensational collapse where the two-time winners slid from 73-1 to 99-5.

Eoin Morgan stepped up with his highest IPL score of 68 under tremedous pressure while Andre Russell lightened the lid with an entertaining 10-ball 26 runs cameo. Handy runs down the order by Pat Cummins ensured that Kolkata Knight Riders posted a formidable of 191-7 on the board.

Robin Uthappa and Ben Stokes got Rajasthan Royals off to the perfect start off the first five deliveries by securing 19 runs which included an audacious scoop by the English all-rounder. However, Pat Cummins had the last laugh with the wicket of Uthappa.

The Aussie pacer returned in his next over and scalped two more wickets beginning with Ben Stokes. Cummins was able to extract an edge off the bat of the all-rounder, a full fledged physics defying dive was required by Dinesh Karthik to catch the ball.

With little effort from the Royals lineup, Kolkata Night Riders were able to easily navigate through banking on the stupendous first spell in the powerplay by Cummins, who ended up with figures of 4-34.

Royals could only muster 131-9 in their 20 overs to fall behind Chennai Super Kings in the net run rate to fall down to the eighth place. Kolkata Knight Riders will have to keep an eye on the remaining two fixtures to understand their fate in the competition.