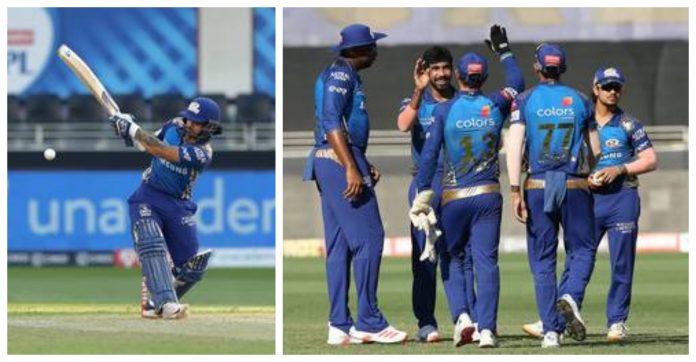 Having started on a similar path, Mumbai Indians and Delhi Capitals have swayed away in different directions ever since the beginning of the second half of the tournament. While the table-toppers have sealed their place in the playoffs for the second time in a row, Delhi Capitals have two of the top teams to deal with before they can assert their stance.

Stand-in skipper Kieron Pollard opted to chase after winning the toss and named two changes in the line-up. All-rounder Hardik Pandya missed his first game of the season after being replaced by off-spinner Jayant Yadav considering the number of left-handers in the Capitals lineup. 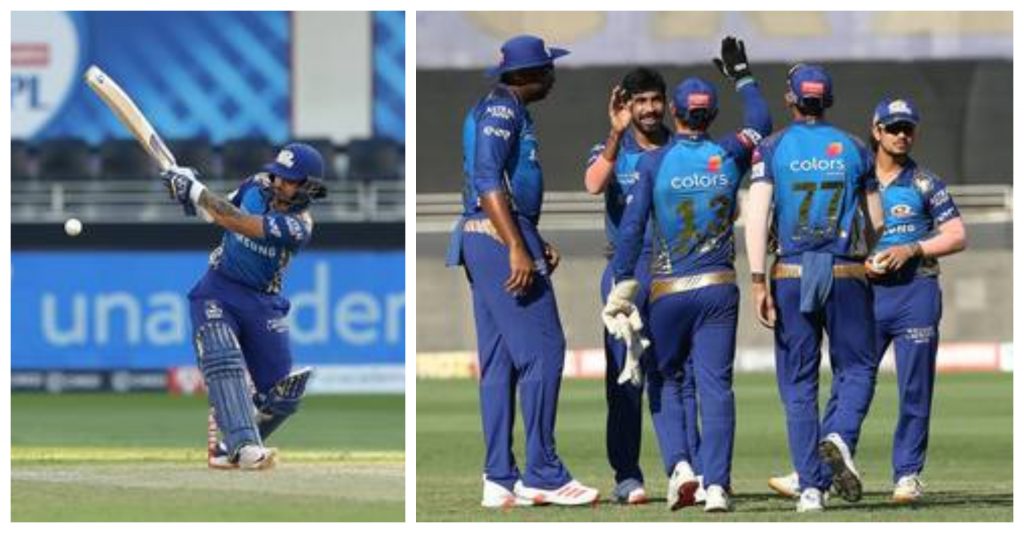 Shreyas Iyer too named a number of changes as they look to get out of their slump which has dragged their playoff aspirations. Harshal Patel, Praveen Dubey and Prithvi Shaw were included in the playing eleven for Tushar Deshpande, Axar Patel and Ajinkya Rahane.

Mumbai Indians hatched a successful powerplay as Delhi could only muster 22-2 during the initial phase. Shikhar Dhawan was dismissed for a duck courtesy off a smart catch by Suryakumar Yadav. Trent Boult struck once again with the wicket of the returning Prithvi Shaw who departed for just 10 off 11 balls. The Kiwi pacer returned with figures of 2-10 from his first spell.

Rahul Chahar struck with his very second ball off his spell as Iyer perished to a lightning-quick stumping by de Kock. Bumrah inched closer to the purple cap with two wickets in an over. Following the departures of Rishabh Pant and Marcus Stoinis, Delhi Capitals were reeling at 63-5.

Bumrah got to his 23rd wicket after an impressive 3-wicket haul that played a huge hand in restricting Delhi Capitals to 110-9.

Mumbai Indians survive without their big players with ease

The improvised opening pair of Ishan Kishan and Quinton de Kock got the team off to a steady start. The side did not lose a wicket in the powerplay while squeezing 38-runs off the fielding restrictions.

Anrich Nortje scalped Capitals’ sole wicket in the eleventh over with de Kock departing for a sluggish 26. Kishan struck 3 sixes and 8 fours in his unbeaten knock of 72 and continued his bright start at the top of the order.

With this defeat, Delhi Capitals are now without a victory from their last four matches and due to their poor net run rate desperately need a win in the last league win against Royal Challengers Bangalore.