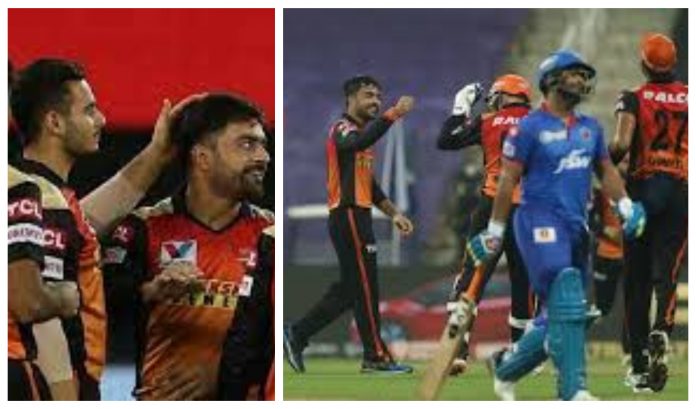 Delhi Capitals succumbed to their third successive tame loss as their once confident path to playoff takes a little detour. Sunrisers Hyderabad completed the double over DC after an all-round performance in Dubai.

SRH were all over the acclaimed DC bowling line-up to rack up an impressive total of 77 runs in the powerplay. The new-look opening pair of Wriddhiman Saha and David Warner shared 107-runs for the first wicket inside 10 overs. 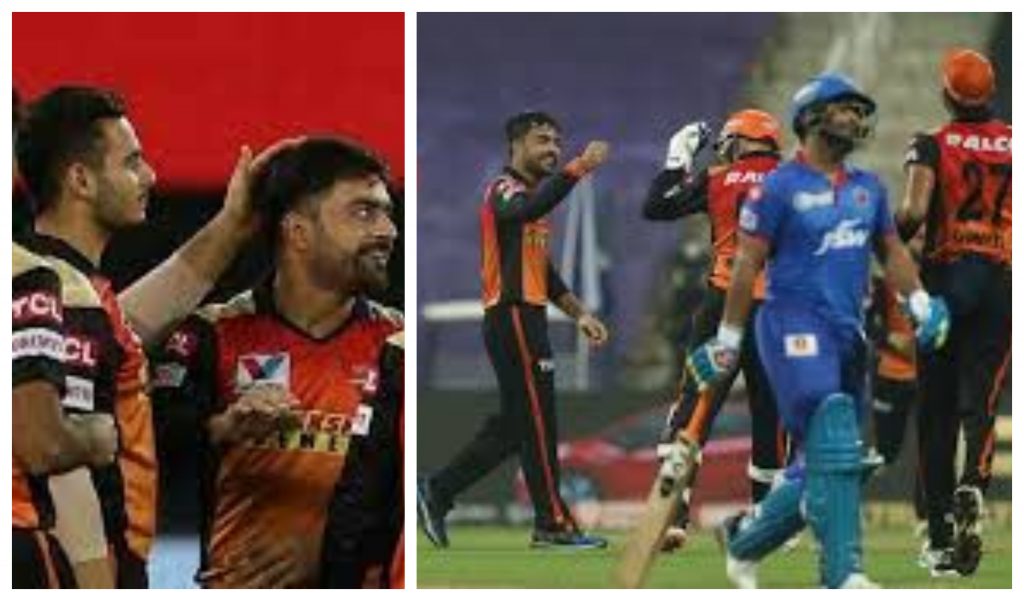 Birthday boy David Warner recorded his fifty inside the powerplay itself while Saha also matched the aggressiveness with expansive shots. The skipper eventually got out for 66 off 34 balls while Saha played through an injury to end up with 87 runs before getting dismissed in the 15th over.

Manish Pandey and Kane Williamson managed to rack up 49-runs off the last 5.3 overs to end up with a mammoth total of 219-2 after the end of 20 overs.

Purple cap holder Kagiso Rabada ended wicketless after 26 games after a tough time with the ball. The South African pacer conceded 37 runs in his first two overs and had no wickets to his name.

SRH got the ideal start with the ball as they got their former player Shikhar Dhawan for a first-ball duck. Promoting Stoinis to number 3 did not reap any rewards as the all-rounder was out for just 5.

The resistance from the middle order was non-existent with wickets falling like dominos. Shreyas Iyer, who demoted himself to number 6 also struggled for his 7-run knock which consumed 12 balls.

Rashid Khan turned up with a spell for the ages as he claimed 3-7 in his four overs. Tushar Deshpande played a bright cameo in the end before the side slumped to a massive 88-run defeat with the fall of their tenth wicket in the 19th over.