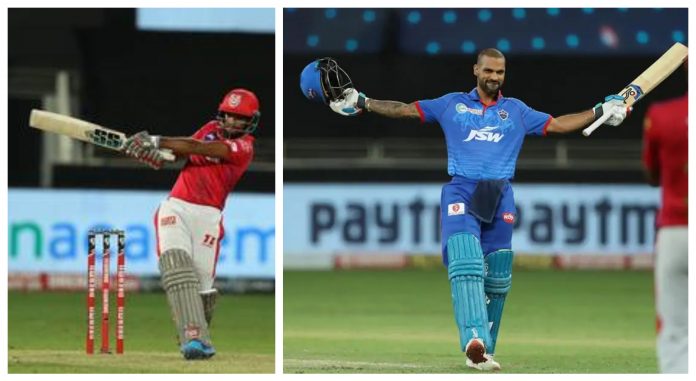 Following their very hard-fought win against Mumbai Indians, Kings XI Punjab had yet another challenge in the form of the points table elite, Delhi Capitals.  KXIP let out a warning call to the rest of the teams after staking their claim into the playoff race with a win over DC.

Electing to bat first, Shreyas Iyer named three changes to the side that secured a last-over win against CSK. Rishabh Pant was deemed fit for the match and was included in the eleven along with Shimron Hetmyer and debutant Daniel Sams. In-form Anrich Nortje was rested while Ajinkya Rahane and Alex Carey were dropped. 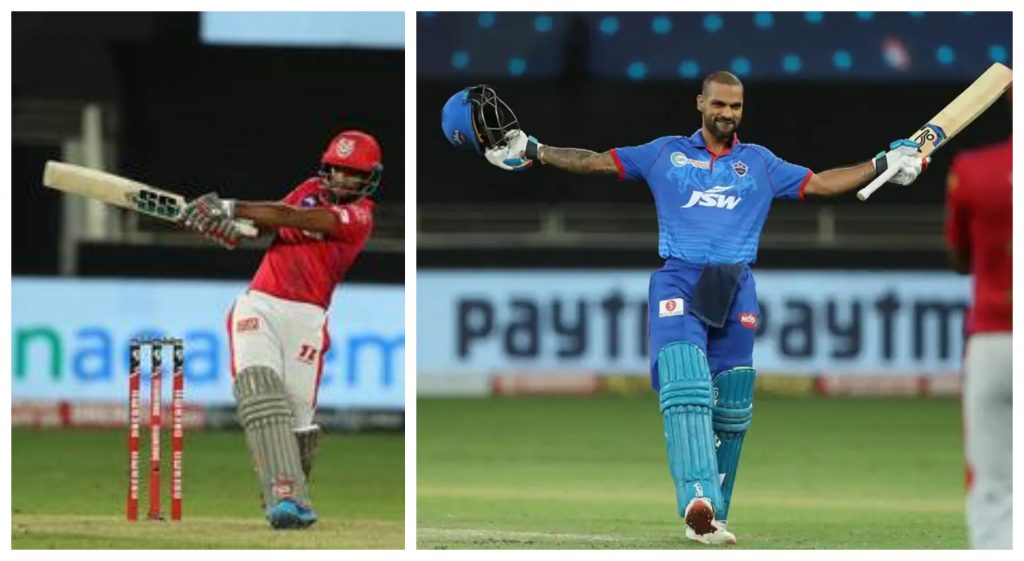 After getting out for two successive ducks, opener Prithvi Shaw’s string of poor scores had another entry with a tame dismissal. The youngster struggled for his 11-ball 7 run knock before Neesham sent him back to the pavilion in the fourth over.

A poor display of batting followed barring Shikhar Dhawan, who marched onto his second IPL hundred. With this, Dhawan became the first batsman to register two successive hundreds in the competition. However, the southpaw had to score a major chunk of the runs since even with his unbeaten 106, DC could only muster 164 on the board against a rampant KXIP batting unit.

DC’s target proved too less for the in-form KXIP

DC were able to get hold of the Orange Cap holder, KL Rahul, for just 15 in the third over. Chris Gayle gave the side a huge push in the powerplay with 26 runs off Tushar Deshpande’s first over. KXIP were hit with twin blows after losing the wickets of Gayle to Ashwin and Agarwal to a run out caused by an ugly mix up.

Nicholas Pooran’s impeccable hitting dragged the team to 101-3 at the halfway mark. The Caribbean power hitter notched up his second fifty of the tournament while Glenn Maxwell aided from the other end.

Rabada’s reintroduction was rewarded with the wicket of Pooran right after his fifty run mark. While the South African pacer took his 20th wicket of the tournament by dismissing Maxwell, it proved to be too little too late as Deepak Hooda and Jimmy Neesham finished the proceedings with an over to spare, to give KXIP their third successive win.