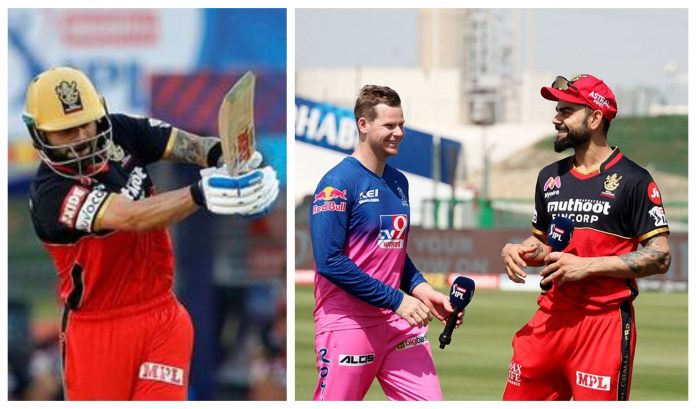 Rajasthan Royals and Royal Challengers Bangalore took on each other in yet another day encounter to get back to winning ways following their losses to Delhi Capitals and Kings XI Punjab respectively. RCB grabbed a win from the jaws of defeat thanks to a de Villiers classic.

Virat Kohli named an uncapped Shahbaz Ahmed in the ranks in place of Shivam Dube. The three-time IPL finalists named an extra batsman in the form of Gurkeerat Singh Mann by replacing Mohammad Siraj. Steve Smith announced an unchanged side for RR, and chose to bat first after winning the toss. 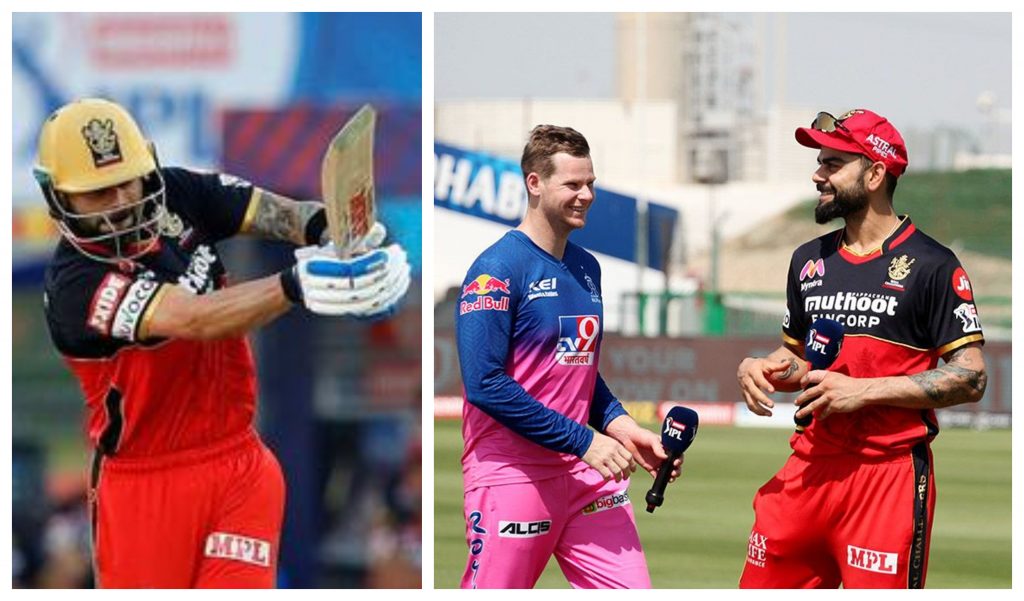 RR experimented once again with a new opening pair by sending out Robin Uthappa with Ben Stokes upfront. The move paid dividends as the former Orange Cap winner was at his sparkling best following an explosive knock in the powerplay.
Despite starting slow, RR were able to gather pace and register their first fifty run stand of the tournament. Chris Morris struck first to dismiss the struggling Stokes who could only make 15 off 19 deliveries.
Uthappa’s entertaining 22 ball 41 run inning was brought to an end by Yuzvendra Chahal who followed up with a wicket off the next ball as well. The Purple Cap contender induced a rash shot off Sanju Samson to have a crack at a hattrick.
Having lost their track with the wicket losses, two new batsmen Steve Smith and Jos Buttler were out in the middle at 69-3 after 8 overs.
The pair jotted a 58-run partnership, but much like his English compatriot, Buttler struggled to get going and perished for almost a run-a-ball 24. Steve Smith shone with a brilliant half-century with the bat while Chris Morris was the pick of the bowlers for RCB with a four-wicket haul to his name.

de Villiers pulls off a stunning chase to sink RR

Chasing 178 to win, RCB’s opening pair were unable to get their team off to a bright start. Aaron Finch’s inconsistent outings in the tournament had another entry with only 14 runs which included 2 sixes.
Devdutt Padikkal was joined by skipper Virat Kohli in the middle, and the same pair which got the team to victory, the last time these two teams met, got to work. With an emphasis on strike rotation and the occasional boundary, they shared a crucial partnership for the second wicket.
The match saw a huge turn after the settled pair were dismissed off two successive deliveries, leaving de Villiers a huge task along with the lower middle order. The South African, however, turned up with a 22-ball fifty and remained unbeaten till the end to give RCB a seven-wicket win.
Looking for a betting site with the best bonus for Indian customers? Discover the best ones for you!