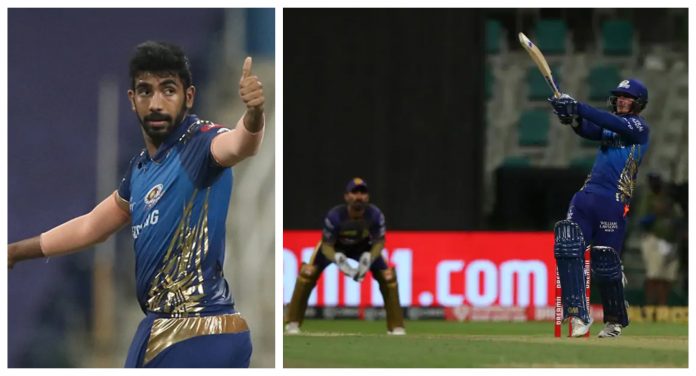 Mumbai Indians continued their sheer dominance over Kolkata Knight Riders after completing yet another double over the two-time champions. MI chased down the tame target set by KKR to once again move to the top spot of the table.

Rohit Sharma named a single change to the team that have been slaughtering oppositions left and right. Nathan Coulter Nile made his maiden appearance this season in place of James Pattinson. Meanwhile, freshly appointed skipper of KKR, Eoin Morgan introduced a couple of changes after the team’s heavy defeat to RCB. Shivam Mavi and Chris Green replaced Kamlesh Nagarkoti and Tom Banton for the team who looked to even things out with MI. 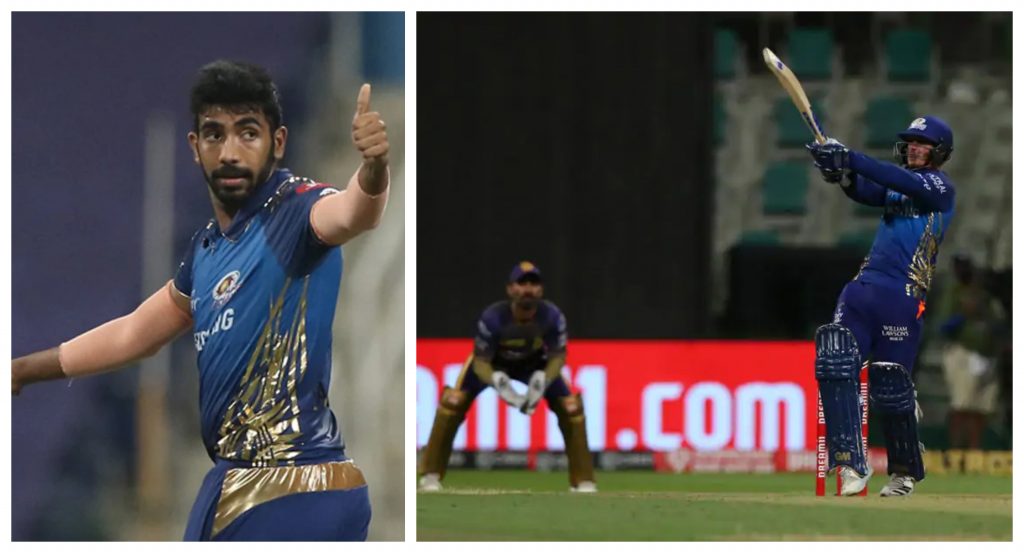 Trent Boult’s impeccable knack of picking up wickets in the powerplay prolonged with the scalp of Rahul Tripathi. KKR slumped to 42-4 inside 8 overs following a tight spell of bowling by the MI bowlers. Rahul Chahar struck twice in two balls with the wickets of Shubhman Gill and Dinesh Karthik.

While Andre Russell’s struggle with the bat stretched, Eoin Morgan and Pat Cummins salvaged the first innings from the brink of embarrassment with an unbeaten 87-run stand. Pat Cummins registered a quickfire fifty while Morgan unleashed the fireworks in the last 2 overs to help KKR post 148-5 on the board.

KKR were unable to exert any sort of pressure on the rampaging MI lineup who breezed past the powerplay without any casualty.

It took KKR more than 10 overs to get their first breakthrough after Shivam Mavi was able to get an edge off Rohit Sharma, who departed for 35. While Sharma struggled for his knock, de Kock at the other end scored runs at will and soon brought up his fifty as well.

Former KKR player Suryakumar Yadav was dismissed for just 10, but it was too little too late for the bowling side as Hardik Pandya finished things off with an explosive cameo.

de Kock remained unbeaten on 78 runs off 44 deliveries to register his third-highest IPL total and was adjudged the man of the match for his efforts.

Both the teams have crucial encounters on Sunday with MI facing KXIP while KKR faces SRH in a bid to get out of their losing streak.